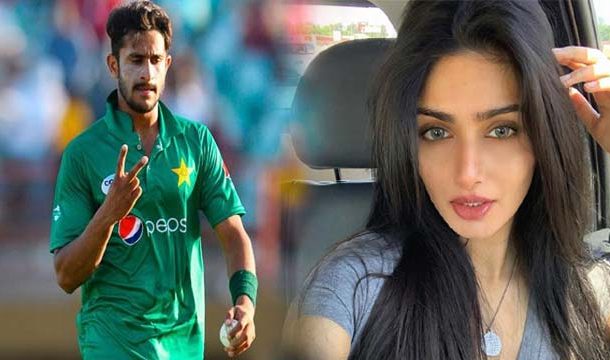 GUJRANWALA (CITY NEWS HD) – Pakistani pacer Hassan Ali on Friday confirmed the news of getting married to an Indian girl on August 20 in Dubai saying, “news running in the media is true”.
Addressing a press conference with his brothers, Hassan Ali expressed that he is going to marry an Indian girl named Samia. He clarified that her name is actually Samia and not Shamia.
Pakistani bowler said that he met Samia at a dinner in Dubai a year ago and later his brother and sister-in-law also met her.
The national fast bowler said that pictures of different girls circulating on social media are fake and it all started to go viral after the news of his marriage. “There is pressure from the family so therefore picture of Samia cannot be revealed right now”, he added.
Hassan Ali asserted that wedding preparations are being held as per Pakistani culture. He added that wedding will take place in Dubai on August 20 where he will wear a black and red Sherwani while Samia will don an Indian wedding dress.
According to the sources, Shamia is from Mewat – a district in the Indian state of Haryana – and is an engineer by profession in Dubai. She studied engineering from England and lives with her parents in Dubai and the marriage ceremony will also be held there.
On July 30, Hassan Ali on clarified the news regarding to his marriage with Indian girl saying that their families have yet to meet and decide upon it.
Pakistani bowler expressed that his marriage isn’t confirmed until their families meet and discuss everything. He added that he will make a public announcement soon.
Hassan Ali took to Twitter and expressed, “Just wanna clarify my wedding is not confirmed yet, our families have yet to meet and decide upon it. Will make a public announcement very soon In’sha’Allah.”
Pakistan fast bowler – according to Indian media – was all set to tie the knot with an Indian girl namely Shamia Arzoo on August 20, Dunya News reported.
Hassan Ali had met Shamia Arzoo during the World Cup, and will be the fourth Pakistani cricketer after Zaheer Abbas, Mohsin Hasan Khan and Shoaib Malik to marry an Indian girl.