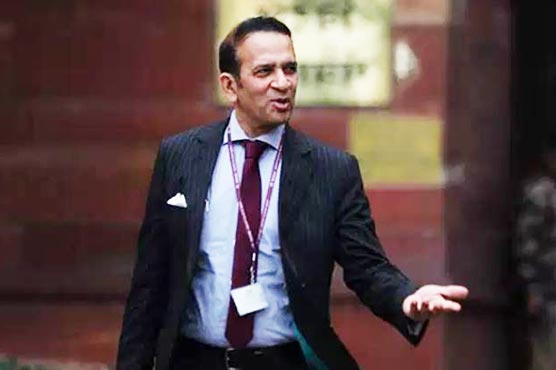 ISLAMABAD (City News) – Following the orders of Ministry of Foreign Affairs in Islamabad, Indian High Commissioner Ajay Bisaria on Thursday left Islamabad to leave Pakistan via Wagah border in the aftermath of escalating occupied Kashmir situation after abrogation of Articles 370 and 35A which special status to the valley.

According to details, Ajay Bisaria has fulfilled his duties in Pakistan for one year, seven months and 25 days.

Earlier, Foreign Minister Shah Mehmood Qureshi announced, “We will call back our ambassador from Delhi and send back their envoy”.

The reaction came as the government released a statement post NSC meeting, declaring Pakistan will suspend trade with India in a downgrading of diplomatic ties between the arch rivals. Islamabad also vowed to take the matter to the United Nations Security Council.

The committee had decided to review bilateral arrangements, take the matter regarding revocation of Article 370 and 35A to the United Nations, including the Security Council.

Monday’s move by the government of Indian Prime Minister Narendra Modi to tighten control on Muslim-majority Kashmir had been widely expected to trigger conflict with Pakistan and reignite an insurgency that has already cost tens of thousands of lives.

Kashmir has been divided between Pakistan and India since independence in 1947.

Prime Minister Imran Khan had vowed on Tuesday to fight the issue “on every forum” and demanded the international community take action, accusing Modi of an anti-Muslim agenda.

The Pakistan army has also said it “firmly stands” with Kashmiris.