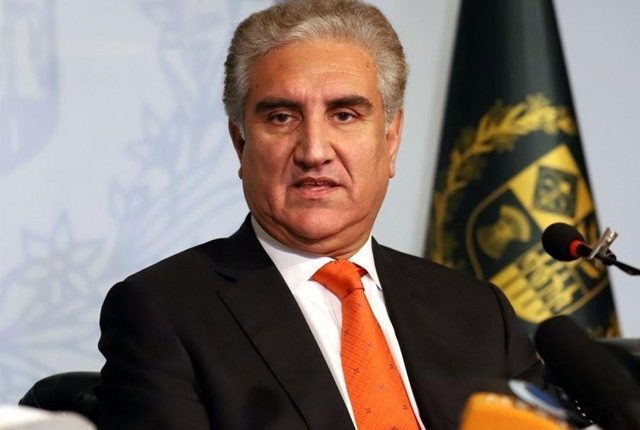 Addressing a press conference, he said Pakistan has informed 28 countries about its reservations and decisions taken by Security Council. He said India has converted the whole valley into a jail, adding that 0.9 million Indian forces are deployed in Occupied territory.

He said India calls Kashmir its internal matter which is not true, questioning that if India is doing welfare work by doing oppression in occupied territory. The minister said India’s former PM Jawahir Lal Nehru had said destiny of Kashmir would be decided by Kashmiries. He said unilateral decisions on Kashmir issue would have negative impacts on the people of Kashmir. He said India can do a Palwama like incident.

PTI leader said Samjhauta Express would not run now and Air service for India has not been closed. He said Pakistan would not back from its stance on Kashmir issue.

Qureshi said closure of trade with India wont effect Afghanistan and work on Kartarpur corridor would continue. He said for how long India would impose curfew on 1 crore 40 lac Kashmiries. He said Kashmiries would protest after the curfew is lifted