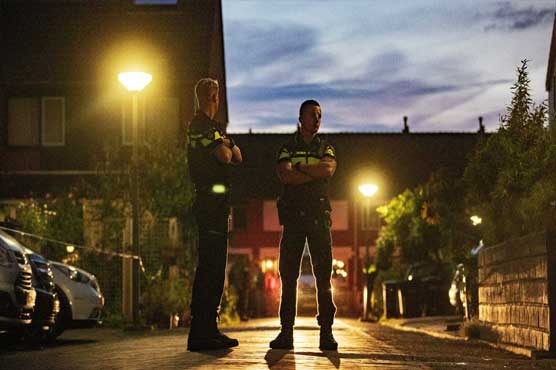 THE HAGUE (AFP) – A woman has died of her wounds in hospital after her estranged Dutch policeman husband shot her and his two young daughters before turning the gun on himself, prosecutors said Tuesday.

The shooting happened on Monday night at a home in the Dutch city of Dordrecht, a river city about 25 kilometres (15 miles) southwest of the port of Rotterdam.

Police said the 35-year-old officer, identified only as Wendell C. in Dutch media, shot dead his two daughters aged 12 and eight, and left his partner seriously wounded before taking his own life.

“We are still investigating but we believe that it had to do with a family drama.”

A police statement said that “the dead man is a policeman of the Rotterdam police unit.”

The man and his wife were in the process of separating but were still living together in the same home, Dutch media reported.

The incident has shocked the country of over 17 million people where firearm-related deaths are relatively low.

Gun laws were tightened up after a 2011 mall shooting in the town of Alphen aan de Rijn in which six people were killed by a gunman whom a court said should never have been granted a gun licence.

However the Netherlands was again rocked in July when four people died in a shooting on a tram in the city of Utrecht. A Turkish-born suspect has been charged with “multiple murders with terrorist aims.”