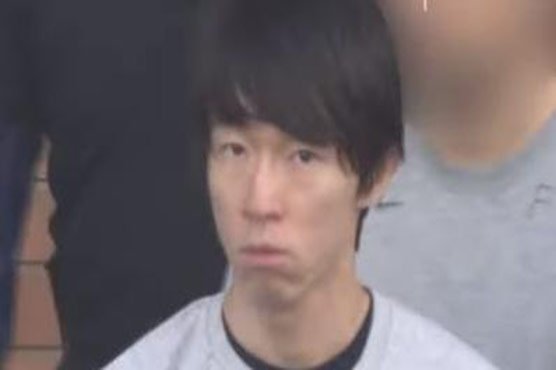 (Web Desk) – A Tokyo-based cashier allegedly stole credit card information from 1,300 customers. According to police, he used only his brain to take the information.

Yusuke Taniguchi, 34, was arrested Thursday when police said they discovered he used the stolen information to purchase bags worth an estimated US$2,600 in March, according to CNN.

The police intercepted that order and delivered Taniguchi’s bags themselves to catch the alleged thief, according to Vice.

People close to the investigation have told news media that Taniguchi has a “photographic memory”. Police say the part-time cashier retained customer credit card information in the short amount of time it took for them to purchase their goods, according to SoraNews24.

He remembered all the details until he was able to write down the information, which he would later use to shop online, police said.

But science doesn’t really back the claims of his photographic memory.

Scientists have not found evidence of photographic memories, but there are people with very good memories who can recall information in astounding detail – an eidetic memory – according to Daniel Burns, a professor of psychology at Union College in New York.

Most people conflate having an eidetic memory with a photographic memory, but scientists who study memory draw a hard line between the two, he said. A person with an eidetic memory is able to recall an image in great detail after seeing it once, with the ability to remember the image up to four minutes.

But the eidetic image is not identical even though it has many perceptual similarities, according to Burns. Furthermore, eidetic memory is most commonly found in children between the ages of 6 and 12, and it’s hardly ever found in adults, according to research.

“In our mind, a ‘photographic memory’ is being able to look at something and days later call up a picture that’s identical to the actual image,” he said. “That doesn’t seem to exist.”

Remembering the world in such vivid detail would make it difficult to operate in daily life, according to Jennifer Coane, an associate professor of psychology at Colby College in Maine.

“You could never be able to erase anything from your mind, because everything would pile up,” she said, pointing to research that shows how forgetting information can be useful to learning.

Police have not said how much time it took Taniguchi to allegedly see, remember and write down the credit information in his notebook.

Coane said it’s likely the alleged thief trained himself to learn sequences of numbers with a high degree of accuracy, given how rare photographic and eidetic memory are. Ancient Greeks and others used a method called loci, which entails associating content to be remembered with certain places.

“A lot of people just train much like a gymnast trains or an expert violinist,” she said. “You can train yourself to be an expert memorizer.”

Although police are still investigating the scope of Taniguchi’s alleged crimes, how he executed his transgressions isn’t special, according to Burns.

“If you want to memorize credit card numbers, you can do it, too,” he joked.

This article was originally published by The Washington Post.