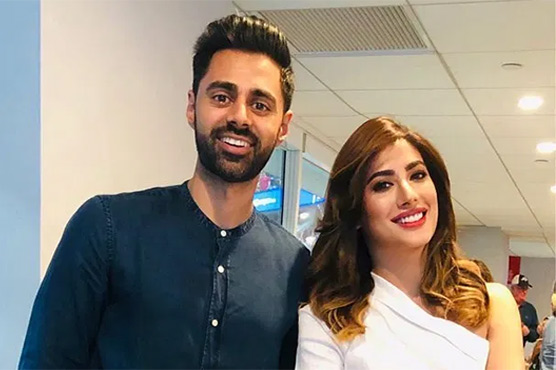 Punjab Nahi Jaungi star shared a picture on Instagram with the US comedian Hasan Minhaj and lauded the Emirates to invite her to the US to represent Pakistan at the US Open Finals, ““It was such a joy to be invited by the @emirates to represent Pakistan at the @usopen Finals & to rub shoulders with global celebrities such as @hasanminhaj. Love his Netflix show & his outspoken opinions. @RafaelNadal’s victory was the cherry on the cake!”
https://www.instagram.com/mehwishhayatofficial/?utm_source=ig_embed
Earlier, Mehwish Hayat met the husband of Priyanka Chopra with whom she had an online fued over Kashmir. The Load Wedding star met Jonas at the Billie Jean King National Tennis Center in New York where she was attending the men’s semi-final of the US Open.

https://www.instagram.com/mehwishhayatofficial/?utm_source=ig_embed
Last month, during a ceremony in Norway, where she was awarded the Pride of Performance Award by Norwegian Prime Minister Erna Solberg.

Hayat had pointed out that Bollywood and Hollywood have “tarnished the image of Pakistan globally” She had also tweeted about the atrocities in Kashmir, taking to the social media platform to spread awareness of the situation.