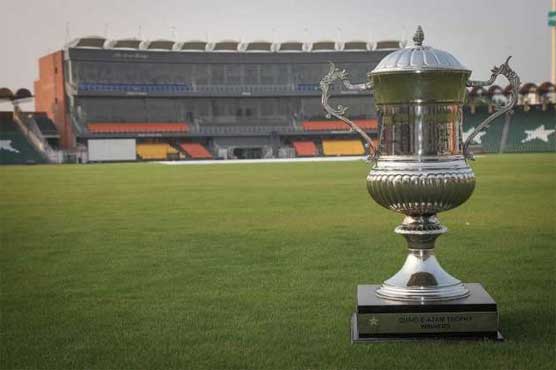 KARACHI (Web Desk) – First-class cricket is the most important tier for the development and sustenance in any cricket playing nation. Almost all Test playing nations have prestigious first-class competitions, which provide an identity to the domestic cricket played in that particular country.

In Pakistan’s domestic system, the Quaid-e-Azam Trophy holds that value and honour, said an official press release by the Pakistan Cricket Board.

The first-ever first-class match in Pakistan was played from 27-29 December – a few months after Independence – when Sindh and Punjab faced-off at the Bagh-e-Jinnah Ground in Lahore.

The loosely-knitted first-class cricket structure helped Pakistan in jotting down the squad for the maiden Test tour – which was in 1952 to India – in which the Abdul Hafeez Kardar-led side registered the country’s first win in the format.

Ahead of the tour of England, however, there was a need for a structured first-class competition which could help gauge the skill-level of the available talent in the country.

This gave birth to the Quaid-e-Azam Trophy – named after Quaid-e-Azam Mohammad Ali Jinnah, who spearheaded the movement for independence – and its first edition was held in the 1953-54 season. 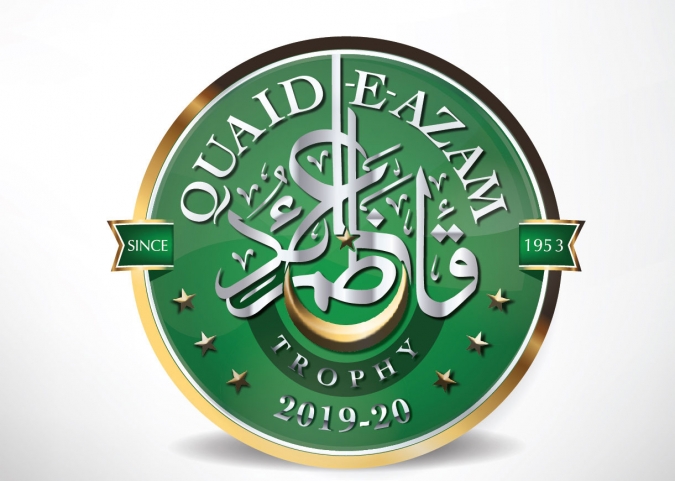 Since, the tournament has reached iconic proportions in Pakistan domestic cricket with as many as 61 editions staged over the course of the last seven decades.

Seven teams, of which three were provincial, featured in the inaugural edition of the tournament.

Bahawalpur – led by legendary batsman Hanif Mohammad – were the first winners as they beat Punjab by eight wickets at the KGA Ground in Karachi. The other five sides that participated in the tournament were Sindh, North-West Frontier Province, Karachi, Combined Services and Railways.

The tournament served its purpose as youngsters like Khalid Hasan, the 17-year-old from Punjab, Ikram Elahi, the 21-year-old Sindh player, Aleemuddin, Bahawalpur’s 24-year-old, and Punjab’s Shakoor Ahmed, the 26-year-old, were selected for the all-important tour.

The tournament that started with seven teams has seen as many as 26 teams compete in an edition over the course of history.

The tournament was given a knockout format from the 1959-60 season, which continued till 1978-79. It was during this era that the number of participating teams surged. The 1964-65 edition was competed by 26 teams. By the 1970-71 edition, it was only on three occasions that the participating teams were less than 10.

Karachi exerted their authority in the initial years of the Trophy, winning seven titles in a row from 1958-59 till 1966-67. Their first-ever tournament victory came in the second edition.

Though a massive feat back then, this, in the hindsight, was just a beginning of the city’s supremacy, which saw them win nine titles in the next 14 editions.

Overall, Karachi sides have won the Quaid-e-Azam Trophy 20 times. Karachi Blues won the trophy nine times and Karachi Whites completed a hattrick of titles from 1990-91 to 1992-93.

Teams from other cities were given a chance to compete in the tournament alongside the traditional powerhouses Karachi and Lahore. Peshawar, Quetta and Dhaka were joined by the likes of Sukkur, Khairpur, Dera Ismail Khan and Hazara who all attained first-class status by competing in the Quaid-e-Azam Trophy.

The rise of departmental teams

PIA were the first departmental side to win the tournament when the airliners won the 1969-70 edition. The ‘70s and ‘80s saw the departmental teams dominated the event as they won 15 of the 20 editions.

Though the PIA won seven titles, it was during these two decades that they secured four tournament wins.

During these years, the tournament was played on either the round-robin format or the teams were divided into different groups. The teams were kept at 10 to 12 since the Quaid-e-Azam Trophy was played between departmental sides, while regions and cities were restricted to Patrons Trophy.

For the next nine seasons, the regions and cities returned to the Quaid-e-Azam Trophy, with the number of teams remaining between eight and 11.

Emergence of cities other than Lahore and Karachi

The ‘90s also saw the emergence of the other teams/cities as cricket grew in popularity making the Quaid-e-Azam Trophy competitive for all participating teams. By the turn of the century, the once smaller cricket centres had emerged as formidable forces.

From 2000-01 to 2013-14, Sialkot won the title twice with Peshawar, Faisalabad and Rawalpindi also securing one tournament win apiece.

In the 1986-87 season, Rawalpindi caused a big upset when they overcame the mighty Habib Bank Limited side in the final. In the 1998-99 season, Peshawar had beaten Karachi by an innings to lift the trophy.

There have been six instances where Quaid-e-Azam Trophy was contested in two divisions. The 2005-06 and 2006-07 editions were played on two-division basis with competition for Gold and Silver categories.

The top four teams from each group qualified for ‘Super Eight’. The last six in the standings competed in a ‘Bottom-Six’ competition, which was won by Faisalabad.

The forthcoming edition of the Quaid-e-Azam Trophy, which begins on 14 September, would feature six Cricket Association sides in the First XI (the first-class competition) and Second XI tournaments.

The new domestic system focuses on the quality of competition which will produce some thrilling and high octane matches, while narrowing the gap between domestic and international cricket.