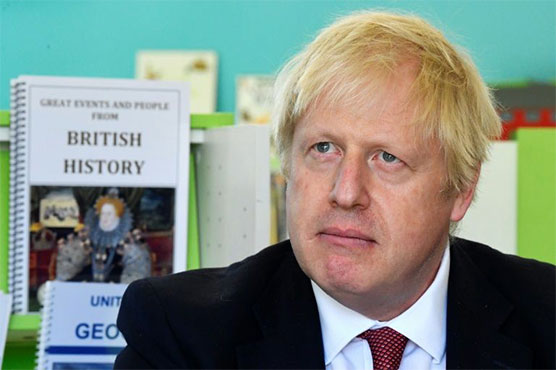 EDINBURGH (AFP) – British Prime Minister Boris Johnson suffered a fresh blow Wednesday when a Scottish court ruled that his controversial decision to suspend parliament in the run-up to Brexit was unlawful.

The decision came as the government was forced to release documents revealing that preparedness for a no-deal Brexit remained “at a low level”, with logjams at Channel ports threatening to impact drug and food supplies.

The Operation Yellowhammer documents also warned of “a rise in public disorder and community tensions” in such a scenario.

The government stressed that it was “updating the assumptions” in the document, and that it was “neither an impact assessment, nor a prediction of what is most likely to happen.

“It describes what could occur in a reasonable worst case scenario,” wrote minister Michael Gove.

But the release, after MPS voted last week to compel the government to publish, fuelled lawmakers fears that a disorderly divorce would be hugely disruptive to the UK.

The government meanwhile appealed the Scottish court ruling, with the case set to be heard in the Supreme Court next Tuesday, and parliament will for now stay shut.

Johnson says that suspending — or proroguing — parliament until October 14 is a routine move to allow his government to launch a new legislative agenda.

Critics accuse him of trying to silence opposition to his plan to leave the European Union on October 31, even if he has not agreed exit terms with Brussels.

Johnson argues that while he is working to get a deal, Britain must leave the bloc regardless, three years after the referendum vote for Brexit.

Before it was suspended on Tuesday, the House of Commons rushed through legislation to force Johnson to delay Brexit if there is no deal by an EU summit on October 17.

Wednesday s court ruling sparked calls for parliament to be recalled, and a group of MPs protested outside the building, saying they were ready to resume their seats.

“I urge the prime minister to immediately recall parliament so we can debate this judgement and decide what happens next,” said Labour s Brexit spokesman Keir Starmer.

However, a government source told AFP that “nothing is changing” until the case was concluded.

Later, Johnson took questions from the public in a live address on Facebook, where he was asked if he was the “leader of an authoritarian regime”.

“I must respectfully disagree with you,” he replied, adding: “What we re trying to do is to implement the result of the 2016 referendum.”

The Scottish court challenge was brought by 78 British lawmakers, who said it was unlawful for Johnson to advise Queen Elizabeth II to prorogue parliament if the aim was to limit consideration of Brexit.

A lower court last week ruled that the advice was a matter of political judgement — but this was overruled by the Inner House, Scotland s supreme civil court.

In a summary judgement released Wednesday, the court added that Johnson s advice “was motivated by the improper purpose of stymying parliament and that it, and what has followed from it, is unlawful”.

A spokesman for Johnson s government said it was “disappointed” by the decision and would appeal to the Supreme Court.

“The UK government needs to bring forward a strong domestic legislative agenda. Proroguing parliament is the legal and necessary way of delivering this,” he said.

A separate challenge to prorogation at the High Court in London failed last week, on the basis that it was not a matter for the courts.

Johnson took office in July promising to finally deliver on the referendum decision by leaving the EU on October 31, no matter what.

But he has no majority in the Commons, and MPs will not let him leave without a deal — or allow him to call an early election that might bolster his position.

Johnson wants to renegotiate the divorce terms struck by his predecessor Theresa May, which MPs have rejected.

But EU leaders accuse him of offering no alternative.

Johnson, whose EU adviser David Frost is currently in Brussels, insisted his government was making “great progress” towards getting a deal.

“The ice flows are cracking, there is movement under the keel of these talks,” he said.

However, he denied speculation that he was softening his opposition to the most contentious aspect of May s deal, the so-called backstop.

This is a plan to maintain an open border between British Northern Ireland and EU member Ireland by keeping Britain within the bloc s customs union — something eurosceptics find unacceptable.

If Brexit is either secured with a deal or delayed next month, Labour has said it would then accept an election — pointing to a possible November poll.