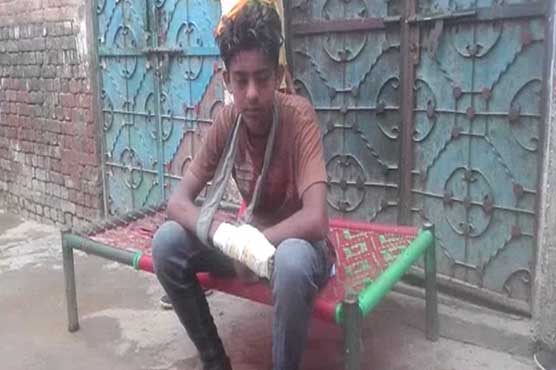 GUJRANWALA : In a tragic turn of events, a man in Gujranwala’s Adhuroy area chopped off the hand of a boy for demanding salary.

As per details, the father of 15 year old Ehtisham said that his son was working for Muhammad Hussain for the past six months.

When my son demanded a salary from shop-owner [Hussain], he cut off his hand, Ehtisham’s father said.

The father of the victim said that when he told police about the incident but they refused to do any investigation into the matter.

He said we are poor people but we demand justice from higher authorities.

On the other hand police said they have arrested the suspects after filing a case against him.

Police said they have arrested the suspects after filing a case against him.
0 189
Share FacebookTwitterWhatsAppPinterestEmailFacebook MessengerTelegram