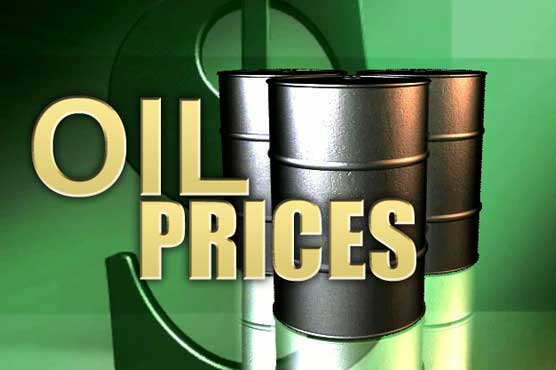 Stock markets sank into the red while Iranian officials rejected US and Saudi accusations that Tehran was behind the attacks. US President Donald Trump said America was “locked and loaded” to respond but later moderated his tone, saying he hoped to avoid conflict.

Oil stocks rose, benefitting from the higher prices, but major indices in New York, Europe and Asia all fell.

Nate Thooft of Manulife Asset Management told AFP that, while the oil price increases were large, they still left prices themselves below highs reached earlier in the year.

“The pullback is pretty minor in the grand scheme of things,” he said.

“Historically, when we had such a significant event in the Middle East, you d see a much larger reaction.”

In China, fresh economic data showed activity had slowed last month, with the pace of industrial production, retail sales and investment in fixed assets all lower.

In foreign exchange, the dollar was down against the yen and up against the euro, while the pound slid, with the EU saying that Britain had offered no new, viable Brexit proposals after Prime Minister Boris Johnson held Brexit deal talks with EU chief Jean-Claude Juncker.

Gold, which along with the yen is seen as a haven in times of geopolitical and economic unrest, rose.

Saudi Arabia was on Monday expected to restore at least a third of the production lost to the attacks, according to experts and reports.

Saudi Energy Minister Prince Abdulaziz bin Salman said on Sunday the kingdom would use its vast inventories to partially compensate for the lost production and the United States also authorized withdrawals from the American strategic reserve — though none were yet planned.

“The attack wiped out around half of Saudi Arabia s production — representing around five percent of global daily output — and highlighted the vulnerability of security at these facilities to drone attacks,” noted Oanda senior market analyst Craig Erlam.

“Spikes in oil prices when the global economy is already flirting with the idea of recession (are) not ideal and, if repeated and sustained, could ultimately be what tips us over the edge,” he added.

Facing a dauntingly uncertain economic horizon amid the US-China trade war, the Federal Reserve is set to cut interest rates this coming week.