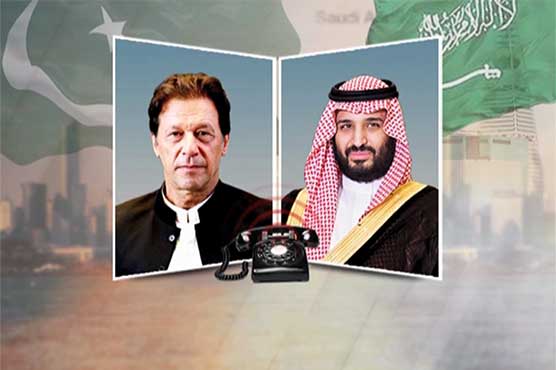 During the conversation, Prime Minister Imran Khan vowed to support Saudi Arabia against any terrorist attack and said that Pakistan will stand by Saudi Arabia in case of any threat to sanctity or security of Harmain Shareefain.

PM Imran reiterated Pakistan’s full support and solidarity with the brotherly Kingdom of Saudi Arabia against any threat to its security and territorial integrity.