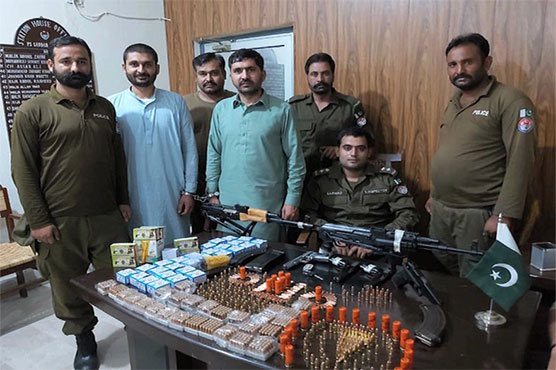 RAWALPINDI : – Police conducted an operation in Gushanabad Stop area at the Adiala Road on night between Sunday and Monday and recovered a cache of arms from a car, City News reported.

Police also arrested two accused during the operation. The arrested persons were identified as Abid-ur-Rehman and Muhammad Faisal. The arms recovered from them included a machine gun, four pistol, one sub-machine gun and 12000 bullets from them.

Police sources informed that the recovered arms were to be used in terrorist activity in the city. Police have also registered two FIRs against arrested accused.