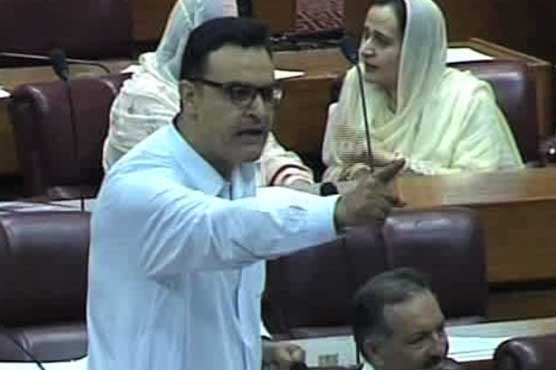 ISLAMABAD : PTI law maker Noor Alam Khan on Monday said no one speaks about poor in Assembly. He said I can sacrifice 10 seats but I will be the voice of poor.

During the session of National Assembly, he said lawmakers speak about industrialists and businessmen but no one speaks about poor. He said God’s curse on such people who came here with the vote of poor.

He said fertilizers have been up by Rs 200 while electricity and food is also expensive.

He said Finance minister must answer why there is such huge inflation.

He asked about IMF agreements, adding that if accountability is for some specific persons then it must stop.

The National Assembly session has been adjourned till tomorrow 10 AM.