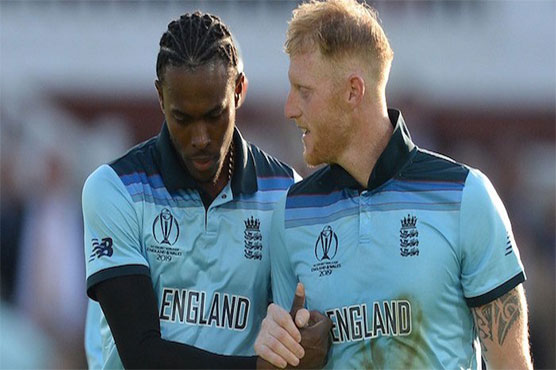 LONDON (AFP) – Ben Stokes and Jofra Archer promise a glittering Test future for England but Joe Root s men have work to do if they are to replicate their World Cup success in the five-day game.

England s focus on white-ball cricket paid off handsomely when they became world champions for the first time in July, beating New Zealand in a dramatic final.

Their summer threatened to finish with a whimper going into the final Ashes Test at the Oval before a comprehensive victory over Australia levelled the Ashes series at 2-2.

Captain Root said after the win on Sunday that he was “desperate” to take the team forward, and is already looking ahead to the 2021-22 Ashes in Australia.

“What a summer of cricket it s been,” he said. “I think a huge success for English cricket and I think we ve got a great opportunity now to spring the game forward in this country.”

The Yorkshireman described the Oval victory as a blueprint for the future, saying England had the foundations in place for long-term success.

“That s got to be our main focus, going down there (Australia) and winning and every Test match between that is an opportunity to push your case,” he said.

All-rounder Stokes, who produced heroics at the World Cup and then lit up the Ashes with a mesmerising 135 not out in England s one wicket win in Leeds, would walk into any team in international cricket.

Archer is at the start of his Test career but has already shown he can be a phenomenal weapon for England, taking 22 wickets in his first four matches at an average of just over 20.

Sending down 95-per-hour thunderbolts, he gives the attack a new dimension, unsettling even frontline batsmen with his sheer pace.

“He has a way of having a huge impact on the game,” Root said of Archer. “You saw his spell here, the way it just changed the whole atmosphere of the ground was incredible.

“For someone right at the beginning of his career to have such a gift is entertaining, it s great to be able to captain that.”

Despite Root s optimism, there are questions over a number of other positions in the side in both the batting and bowling departments, with the skipper admitting there were “conversations” to have.

England s record Test wicket-taker James Anderson broke down in the first match at Edgbaston and there is inevitably going to be speculation about the 37-year-old s long-term future.

All-rounder Sam Curran impressed in his one Test at the Oval but back-up seamers Chris Woakes and Craig Overton did not offer enough of a consistent threat.

Bespectacled left-arm spinner Jack Leach took 12 wickets in the series, including 4-49 on Sunday as England surged to victory, and looks to have displaced the out-of-form Moeen Ali — dropped after the first Test — as England s first-choice spinner.

Leach, who turned a few heads when he made 92 as a nightwatchman in the warm-up Test against Ireland, also became an unlikely cult hero after his doughty performances with the bat, notably his obdurate one not out at Headingley, keeping an end going while Stokes produced the fireworks to win the third Test.

England also have questions to address in the batting department, with Root stressing the need for more runs.

England s man of the series Stokes was the outstanding performer, hitting two centuries, including a heroic match-winning ton at Headingley, and Rory Burns did a decent job as opener, scoring a maiden Test century and finishing the series with 390 runs.

But too many batsmen failed to fire consistently, with Jos Buttler only finding form in the final Test and Jonny Bairstow well down the team averages.

The experiment of opening with one-day specialist Jason Roy backfired, although he could get another chance.

Former England captain Michael Vaughan said there could be a change of direction for the team but put his faith in Root despite some questions over his position.

“With England, I think we might see a change in approach the Test team takes,” he said.

“Maybe the players will miss the one-day games if they are playing all three formats. The Test team needs a little bit of TLC and Joe Root is the skipper to take them forward.”

And outgoing coach Trevor Bayliss said England were in good shape for the future.

“There s some good young players stacking up behind the players in the team at the moment and that s the best type of pressure of all, is from within.”

Joe Root's men have work to do if they are to replicate their World Cup success in five-day game.
0 91
Share FacebookTwitterWhatsAppPinterestEmailFacebook MessengerTelegram