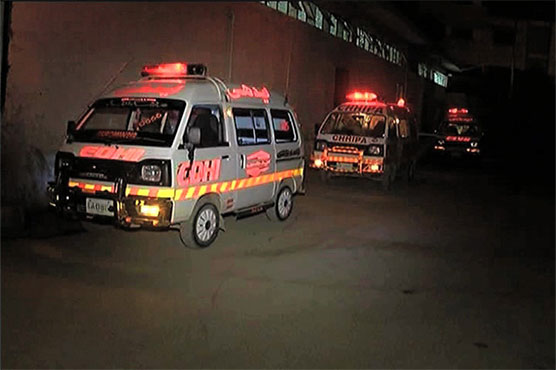 THATTA : Two labourers electrocuted to death while working at a construction site in Gharo area near Thatta on Monday, Dunya News reported.

According to details, the labourers were standing on an iron ladder which accidently touched a high tension wire, killing both of them on the spot. Both the deceased belonged to Multan.

Police and rescue teams reached the spot and shifted the dead bodies to hospital.