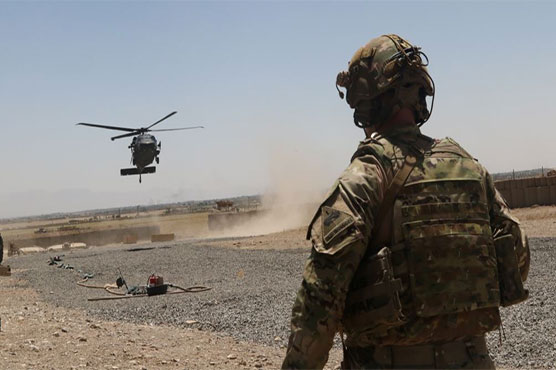 KABUL (AFP) – An American service member was killed in Afghanistan, the US-led NATO mission said Monday, the latest US fatality after talks between Washington and the Taliban crumbled.

“A US service member was killed in action today in Afghanistan,” NATO s Resolute Support mission said in a brief statement.

The death brings the number of US military personnel killed in action in Afghanistan this year to at least 17, just as Washington is seeking a way out of its longest war.

NATO did not immediately provide any additional information regarding the circumstances of the deadly incident.

About a week ago, President Donald Trump abruptly called off talks with the Taliban, which were aimed at paving the way for an American withdrawal from Afghanistan following 18 years of armed conflict.

“They are dead. As far as I am concerned, they are dead,” Trump said.

The announcement followed Trump s cancellation of a top-secret plan to fly Taliban leaders and Afghan President Ashraf Ghani to the Camp David presidential compound outside Washington for talks.

Trump in part blamed the death of a US soldier in a huge Taliban bombing in Kabul for his change of heart on negotiations.

Until the talks were called off, there had been steadily mounting expectations of a deal that would see the US draw down troop levels in Afghanistan — from roughly 13,000 to about 8,000 next year.

In return, the Taliban would offer security guarantees to keep extremist groups out.

“NATO will stay in Afghanistan for as long as necessary to ensure the country never again becomes a safe haven for international terrorists,” an alliance official told AFP.