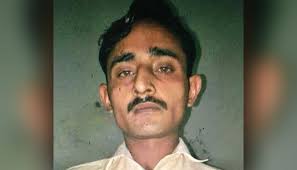 LAHORE : An antiterrorism court on Wednesday remanded the suspect behind the murder of four minor boys in Chunian, Sohail Shehzad, into police custody for 15 days.

The prime suspect in Chunian murder cases was brought before ATC in Lahore.

Police maintained before court that the DNA of suspect has been matched and he is supposed to be involved in all 4 murder cases. The court also ordered a medical exam of the suspect.

The investigation officer, in his statement to the court, said that the suspect had been brought to court in pursuance of an FIR registered against the sexual assault and murder of one of the four boys. The cases registered for the other three boys were being probed by a joint investigation team, he explained.

Earlier, Chief Minister Punjab Sardar Usman Buzdar while addressing the media showed the picture of the accused. He said the suspect was involved in all 4 incidents and DNA has matched.

Police officials worked undercover and worked as vendors and drivers.

Foreign media reported that the shoes of the killer are the testimony that he was involved in the murders as he was wearing the same at the time of arrest.

Police said it was a difficult task to locate the killer and police used census data to start intelligence and investigation procedure.

Police said its investigation teams visited every home to compile a list and then 1700 samples were sent for DNA tests. Police said Sohail’s DNA matched.

The suspected killer was also arrested a few years ago and was jailed for five years by courts. He was released from jail after 1.5 years.