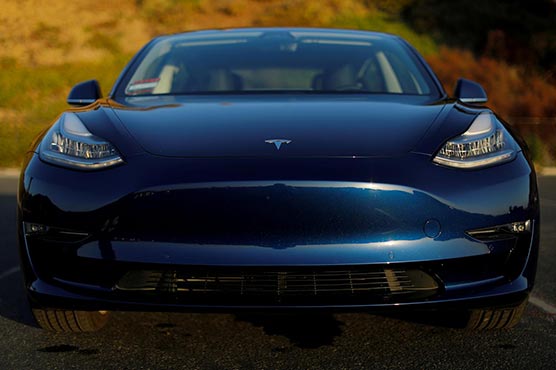 Tesla sold 3,300 Model 3s in Norway in July-September, beating Volkswagen’s (VOWG_p.DE) Golf by some 900 cars. But the Model 3 total was down from 6,123 in the first quarter and 4,438 in the second, according to the Norwegian Road Federation.

Seeking to end the sale of diesel and petrol engines by the middle of next decade, Norway exempts battery-powered cars from taxes imposed on fossil fuel vehicles.

Tesla is counting on the Model 3, which is cheaper than its larger Model S and Model X, to transform it from a loss-prone niche player to a profitable heavyweight in the auto industry.

Sales of the S and X models, meanwhile, have declined in Norway this year, as some buyers have opted for the cheaper Model 3, while others have chosen recently introduced all-electric SUVs from Audi and Jaguar Land Rover.

The International Energy Agency (IEA), which includes more widely-sold plug-in hybrids when counting electric cars, measured Norway’s share at 46% of sales in 2018, while most major nations were still in the low-to-mid single digits.

Zuckerberg to ‘go to the mat’ to fight breakup: report