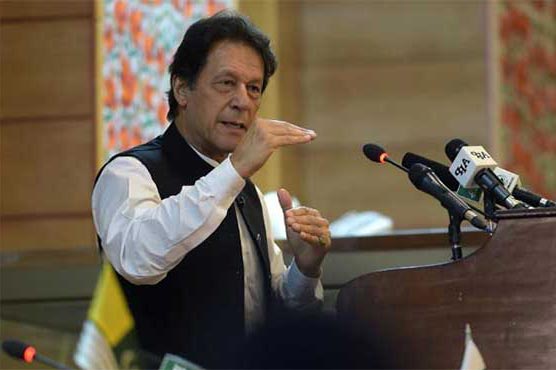 Addressing a ceremony regarding distribution of prizes among students of seminaries, the PM said that Holy Prophet Mohammad (PBUH) has laid utmost emphasis on seeking knowledge.

He said that lack of education has caused fall of Muslims and that Pakistani children are not conversant with Islamic history. Islam teaches lesson of being good humans, the premier added.

PM Imran asserted that Muslims had been among all top scientists for 700 years. He said Pakistan was founded on particular goal therefore, Iqbaliat (philosophy of great poet Allama Iqbal) must be taught to students.

He said reforms are being introduced in the education system, which will help to uplift the lower strata of the society with the provision of equal opportunities to progress. Nation’s weak point is lagging behind in education, he added.

Prime Minister said that three varying curriculums are being followed at educational institutions in Pakistan which are leading to injustices and divisions in the society.

He said Pakistan, Malaysia and Turkey have decided to launch an English language channel to present Muslims’ stance to the world and project the Muslim history. We have also decided to collaborate to make films on Muslim history and heroes of Islam, he went on to say.

He said eight million Kashmiris have been locked in occupied Kashmir in an open jail for two months.

Netanyahu tries to avert indictment as he fights for political life