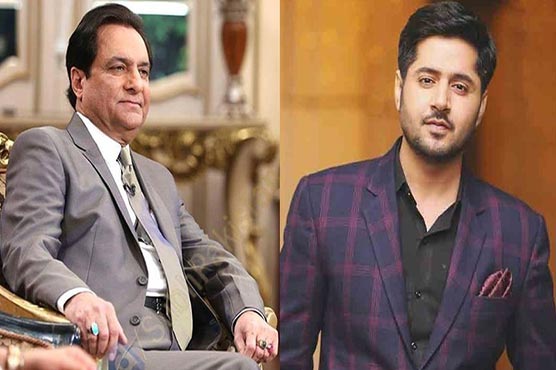 In an interview, Jamal was asked who he thinks is a good actor and has a bright future in the industry over which he replied, “There isn’t any one”.

“The thing is all these new actors are actually models. They are all showpieces. They don’t know how to act; they don’t have the wisdom,” he said.

Jamal compared the emerging actors to departmental store dummies and said, “You know how the manager at the departmental stores sometimes changes their wigs or clothes or turns them into women? Unfortunately, our young actors are in the same boat.”

Veteran actor #FirdousJamal undermines the entire younger industry actors and actresses even running stellar actor #ImranAshraf under the bus, saying the role of #Bhola wasn't a spontaneous one. Sir, with due respect we beg to differ. His acting was anything but pretentious 🙏 pic.twitter.com/SYUx46CGBe

Responding to the question related to Imran Ashraf’s acting as ‘Bhola’ in Ranjha Ranjha Kardi, he said, “The character Imran did wasn’t spontaneous though. It was all pretension.”

“How can I explain spontaneity in acting lingo? It is different from pretension and acting. Imran has acted. This role was previously done by a lot of other actors too. They just didn’t act it – they behaved it,” he continued.

In a reaction to Firdous Jamal’s comments, Imran Ashraf said, “Firdous Sahib is a very respectable and brilliant actor. If he did the role of Bhola, he would’ve done it a thousand times better than me.”

“I respect him and his opinion. My humble request to everyone, my friends and my viewers, I didn’t mind his comments at all and I will try to learn more. Please no harsh comments for him. When our elders say something to us at home it’s not necessary to take it badly,” he asserted.

Earlier, Jamal had made controversial comments against Mahira Khan and said she is a mediocre model and that she is overage.

‘In her age (Mahira) actresses usually don’t play roles of a heroine rather they do characters of a mother,’ he added.

Matches in Abbottabad, Rawalpindi end without a ball bowled on day four