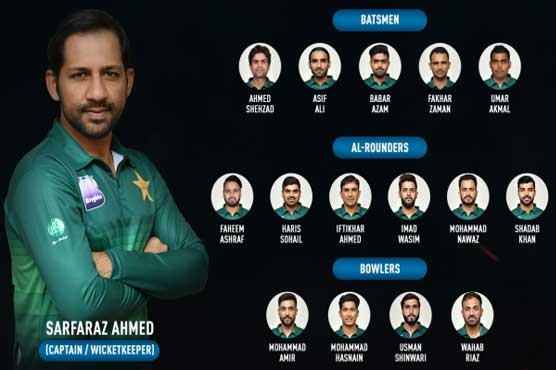 LAHORE (Web Desk) – Pakistan national team’s head coach and chief selector, Misbah-ul-Haq, has named a 16-member squad for three T20Is against Sri Lanka in Lahore from 5 to 9 October, said an official press release by the Pakistan Cricket Board (PCB).

From the ODI side presently in Karachi, there are three changes. Ahmed Shehzad, Umar Akmal and Faheem Ashraf have replaced Abid Ali, Mohammad Rizwan and Imam-ul-Haq.

Ahmed last featured in a T20I in June 2018 against Scotland, while Umar’s last appearance in the same format was in September 2016 against the West Indies. Faheem last played for Pakistan in a five-match away ODI series against England in May this year.

Imam has been left out of the T20I side due to an injury in his left-hand, which he sustained while fielding in the second ODI against Sri Lanka on Monday. He was also unavailable for selection for the third ODI on Wednesday.