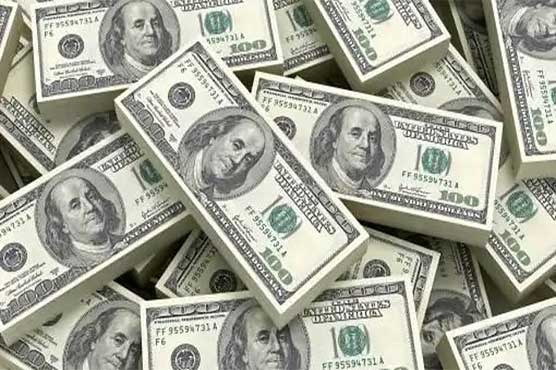 KARACHI – The Pakistani rupee on Tuesday further depreciated against the U.S. dollar in the interbank market by 8 paisa and hit Rs155.37.

The local currency in the previous week appreciated against the U.S. dollar with 10 paisa in the interbank and closed at Rs155.27 on Friday. Likewise, in the open market traded at Rs155.40 against the greenback with slight fluctuation in the whole week.

Earlier, the World Bank Group had forecasted Pakistan’s economic growth to slow down for the next two years as it continues to face another macroeconomic crisis due to massive twin deficits and low foreign reserves.

Despite significant devaluation, the WB still sees the rupee overvalued by the end of September by approximately 4.8%.

In the last three months, the local currency was observed to recover against the greenback in both interbank and open markets.

Analysts had expressed fear that the intense ongoing trade war between the United States and China would result in fluctuation of the U.S. dollar in the local market, and the value of the Pakistani rupee would stabilise depending on the measures taken by the government with appropriate economic policies.

Currency traders were of the view that the increasing inflows of remittance have supported the local rupee in the market.

Until June this year, the rupee was observed to cumulatively depreciate against the greenback, which in turn, had resulted in increased prices of goods and hardships for the general public.

The SBP has let the rupee depreciate significantly in the inter-bank market after finalising an agreement with the International Monetary Fund (IMF) for a loan programme on May 12.

The IMF asked Pakistan to end state control of the rupee and let the currency move freely to find its equilibrium against the US dollar.

After the IMF lent the first tranche of $991.4 million to Pakistan, the local currency had depreciated massively.

The stringent conditions – on which the global moneylender has formally approved the bailout package of $6 billion for Pakistan – seemed to have exerted more pressure on the local currency.

The gradual drop in the rupee had come due to high demand for the dollar against thin supply as the country continued to make aggressive international payments to partially pay off huge foreign debt and for imports.

Economists were of the view that effective measures must be implemented on the priority basis to recover the state from the balance of payment deficit.

Besides increased demand of the greenback in the local market, they had termed ‘balance of payments deficit’ as the main reason in the recent hike in the value of the US dollar.

Moreover, they had considered that state’s exports and investment were required to grow significantly, and the imports must be reduced to remove pressure on the local currency.

According to experts, the government must ensure implementations on economic policies after the deal with the IMF.

On the other hand, the stock market demonstrated bearish trend on Tuesday in the early trade hours with the loss of massive 516 points. The benchmark KSE 100-share Index reduced to 37,695 points.

On Friday at close, the index recorded an increase of 824.48 points, or 2.22%. Overall, trading volumes increased to 243 million shares compared with Thursday’s tally of 232.6 million. The value of shares traded during the day was Rs8.1 billion.

With the continuous positive momentum throughout the week, the bulls rule the KSE-100 and cumulatively the index went up and by the close of market, it managed to inch closer to the 38,000-point mark, according to the week-long PSX trading data.

Over the course of the week, foreign investors bought shares worth USD 8.4 million, which in turn contributed to the total volume of shares amounting to Rs33 billion.

Yesterday, Advisor to the Prime Minister on Finance Abdul Hafeez Sheikh remarked that foreign investment in the country has risen by 200 per cent.

Earlier, State Bank of Pakistan Governor Reza Baqir had hinted at maintaining the status quo in the monetary policy, which provided much-needed clarity and helped the bourse trade in the green zone.

The rally almost erased the hefty losses borne on Thursday. In the monetary policy announcement, the State Bank of Pakistan (SBP) kept the interest rate unchanged at 13.25%.

Foreign investment in government backed treasury bills was recorded at almost USD 800 million since the beginning of FY20, attributable to waning concerns on the economic front has effectively supported the slight growth in FX reserves of the SBP and consequentially, kept the exchange rate parity stable.

The state bank said market sentiment has begun to gradually improve on the back of sustained improvements in the current account and continued fiscal prudence.

It said that the current account balance recorded a surplus in October 2019 after a gap of four years, a clear indication of receding pressures on the country’s external accounts together with the end of deficit monetisation has qualitatively improved the inflation outlook.

It outlined that recent economic data suggest that economic activity is strengthening in export oriented and import competing sectors while inward oriented sectors continue to experience a slowdown in activity.

The latest production estimates of major kharif crops suggest that agriculture sector is likely to grow in line with projections although cotton production is likely to remain below target.

The external sector continued to show steady improvement, reflecting the benefits of recent policy adjustments and other factors. In the first four months of the current fiscal year, the current account deficit contracted by 73.5 percent to 1.5 billion dollars.

This improvement reflected a notable reduction in imports, a modest growth in exports and steady workers’ remittances.