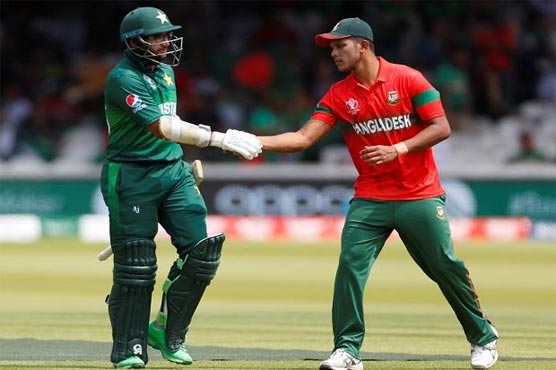 LAHORE (Reuters) – Bangladesh are “slightly reluctant” to play a Test series in Pakistan and have offered only to tour the country for three Twenty20 internationals next month, the Pakistan Cricket Board (PCB) has said.

Pakistan are currently hosting Sri Lanka in a two-match series, the country’s first Tests on home soil since the 2009 militant attack on Sri Lanka’s team bus in Lahore.

That attack left six security personnel and two civilians dead and six players injured, and saw Pakistan spend the next decade in the Test wilderness as teams refused to play there due to security concerns.

Bangladesh were due to arrive in January for three T20s and two Tests and the PCB was hopeful the full tour would go ahead given that Sri Lanka had returned to the country for the Test series.

“We have had a round of correspondence with them and they are happy to play three T20s in Pakistan but they are slightly reluctant to play Test cricket,” PCB Chief Executive Wasim Khan told reporters on Wednesday.

“I have written to Bangladesh, been very, very strong in my response, and asked them for the reasons why. The ICC (governing body International Cricket Council) has signed off on our security plans and it has been signed off for a while now.”

The PCB promised watertight security for the Sri Lankan players as the team returned to play several limited overs matches earlier this year – though 10 key players opted out of that visit citing security concerns.

However, a full-strength Sri Lankan side returned for the Tests, the first of which was drawn in Rawalpindi and the second started in Karachi on Wednesday.

Captain Dimuth Karunaratne was one of the players to have opted out of the limited-overs schedule but travelled for the Tests and on Wednesday said Pakistan was safe to play cricket.

The Marylebone Cricket Club also said on Wednesday that former Sri Lanka captain Kumar Sangakkara would lead a MCC side on a tour of Lahore in February to help Pakistan convince touring sides to return to play Test cricket.

“Sri Lanka are going to complete two Test matches here very safely and everything has gone well. All the security provisions are in place,” Wasim said.

“So we are asking Bangladesh what are the reasons for you not wanting to come.

“It’s (correspondence) not finished and it doesn’t mean they are not going to come. They are talking about three T20s, but for us playing Test cricket in another country is not an option now.”