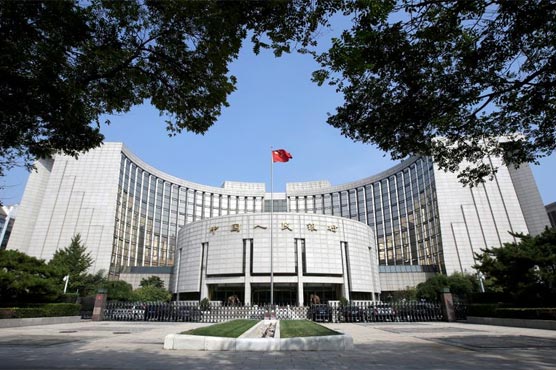 Economic growth slowed to near 30-year lows in the third quarter and speculation is mounting that Beijing needs to roll out stimulus more quickly and more aggressively.

The one-year loan prime rate (LPR) CNYLPR1Y=CFXS was unchanged at 4.15% from the previous monthly fixing. The five-year LPR CNYLPR5Y=CFXS also remained the same at 4.80%.

A Reuters snap survey published on Thursday showed that near 74% of all 53 participants predicted no change to the LPR this month.

Governor of the People’s Bank of China Yi Gang said earlier this month the authorities should maintain “normal” monetary policy as long as possible since economic growth is still within a reasonable range and inflation is mild overall.

China will not resort to quantitative easing even as the monetary policies of the world’s major economies are approaching zero interest rates, Yi wrote in an article published by the leading Communist Party’s theoretical journal Qiushi.

MLF, one of the PBOC’s main tools in flexibly managing longer-term liquidity in the banking system, now serves as a guide for the new LPR.

Although the government has pledged to lower borrowing costs for smaller businesses to support the real economy, Serena Zhou, economist at Mizuho Securities in Hong Kong argued that cutting LPR may not be a “panacea” for China.

“The average bank lending rate published quarterly by the PBOC remained elevated, up five basis points during the first three quarters this year. This is in sharp contrast to the decline in money market rates during the same period,” she said.

“In our view, the widening gap reflects decoupling of bank financing costs and the real economy, highlighting China’s urgent need to improve its monetary policy transmission.”