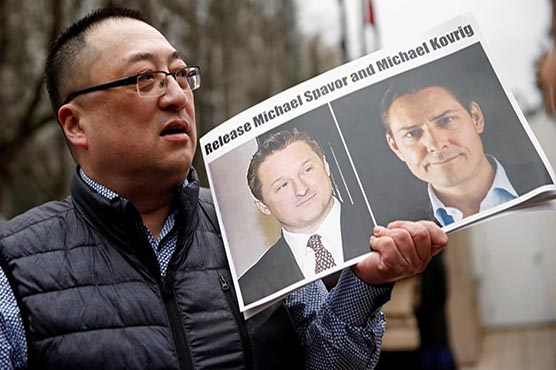 OTTAWA (Reuters) – Canadian Prime Minister Justin Trudeau said on Thursday that the U.S. government should not finalize a trade deal with China unless the pact also secured the release of two Canadians detained by Beijing.

Trudeau said Canada has been working with Washington in a bid to convince China to release the two men: businessman Michael Spavor and former diplomat Michael Kovrig.

“We have said that the United States should not sign a final and complete agreement with China that does not settle the question of Meng Wanzhou and the two Canadians,” Trudeau told Quebec television station TVA.

It was unclear whether Trudeau was referring to the so-called Phase 1 deal between China and the United States, which has yet to be signed, or a more complete agreement.

U.S. Treasury Secretary Steven Mnuchin said on Thursday that the two sides would sign the Phase 1 trade pact, which calls for U.S. farm product exports to China to double over the next two years, at the beginning of January.

Joseph Crook, a spokesman for the U.S. embassy in Ottawa, said Washington was deeply concerned by the arrest of the two Canadians.

“President Trump and other senior officials have called for the release of the two detained Canadians in meetings with the highest levels of the Chinese government,” he said by email

U.S. deports Mexicans far from border, may send others to Guatemala