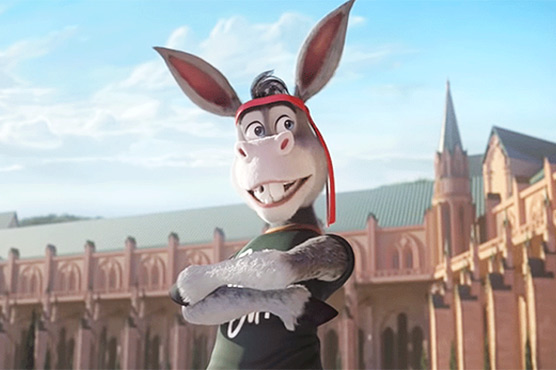 (Web Desk) – The highest grossing Pakistani animated film, Donkey King directed by Aziz Jindani, has hit the screens in Turkey after creating a blast in South Korea, Spain and Russia.

The film, which has been dubbed in Turkish, has premiered on Dec 20, in over 100 screens on release across all key cities in Turkey.

This is fourth global release of the film.
“We are ecstatic that ‘Donkey King’ has found resonance with global cine distributors. It is proof that a good story, grounded in universal insight, has the ability to transcend boundaries and geographical barriers,” said Aziz Jindani, the Director and mastermind behind movie.

The Donkey King is an animated comedy film that was released in Pakistan in October, 2018.

The film features the voices of Jan Rambo, Ismail Tara, Hina Dilpazeer, Ghulam Mohiuddin and Jawed Sheikh, and grossed Rs24.75 crores after running in the cinemas for 25 weeks.