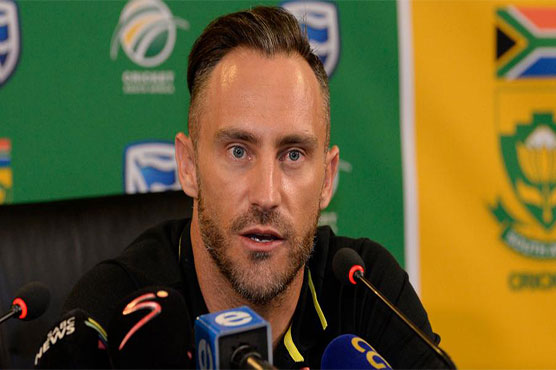 CENTURION (AFP) – South African captain Faf du Plessis admitted on Friday that off-field dramas in South African cricket had taken a toll on him in the past six months.

“There were a lot of challenges,” said Du Plessis during the second full day of training before the first Test against England starting at Centurion on Thursday.

Controversies involving officials culminated in demands for the board of Cricket South Africa to resign, the suspension of the chief executive and the appointment of a new cricket-focused leadership.

Du Plessis said that although he had tried to keep the players separate from off-field issues, he personally had to get involved.

Reports have emerged of administrative issues affecting the players during a poor Cricket World Cup campaign in England earlier this year, which was followed by a disastrous tour of India, where South Africa lost all three Tests by wide margins.

The crisis in South African cricket came to a head when five journalists were banned three weeks ago, leading to major sponsors putting pressure on Cricket South Africa. “When things started unfolding, the way I saw it was that things needed to get real bad before it got better, so I m happy that process unfolded to where we are today,” said Du Plessis.

“The last six months have taken a lot more energy from me as a leader than I would normally require,” he said. “But it is something I ve thought was important and I couldn t not put energy into all the different areas that needed attention.”

He said developments in the past two weeks, including the appointment of former captain Graeme Smith as interim director of cricket, followed by the appointment of Test legends Mark Boucher and Jacques Kallis as head coach and batting consultant, had led to a new mood of optimism.

Du Plessis said the build-up to the World Test Championship series against England was far from ideal with minimal time to adjust to new leadership and the players having only played Twenty20 cricket in the past six weeks.

“We aren t as prepared as we would have liked to be as a Test team but what is more important is the things that have changed in the last two weeks,” he said. “Cricketers in South Africa and also the public have got a lot of optimism about the team. Obviously we ll always get judged on our performances and only time will tell but for me it is really, really important that we focused on getting the right people in the right places.”

Du Plessis said that with the team having lost a lot of experience among the players, the appointment of highly-experienced former players provided the best possible substitute.

“The biggest thing that has unfolded is the information we share. We are very inexperienced as a team in some departments. The best way to tackle that head-on is to talk to guys who have been there and done it. The last two days have been exceptional in terms of just hearing the conversations that have taken place.”

New coach Boucher said the key challenge was to prepare as well as possible. “It s about getting the confidence back, to make sure we tick every single box possible so when we get into the Test match the guys feel they are ready for it.”

Boucher said he believed South Africans responded well when they had their backs against the wall. “We ve been through some tough times in this country but we re resilient. Sport can change very, very quickly. We ve promised ourselves that what has happened in the past is not a burden for this team to carry. It s about a new challenge.”