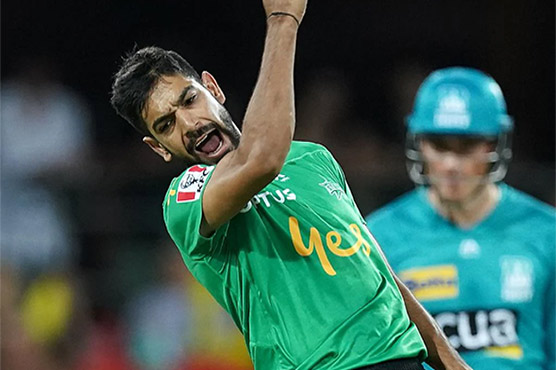 Rauf claimed a wicket against Brishbane Heat on his very first delivery in the BBL 2020 when he dismissed Max Bryant for six in the fourth over. Rauf finished the match with two wickets for 20 runs in four overs and won the match for his team.

The right-arm pacer was defending a 168-run target that owed a lot to skipper Glenn Maxwell leading from the front as he had earlier smashed 83 off just 39 deliveries to guide his side to 167-7.

Young English star Tom Banton showed just why he is so highly rated as he made 64 off 36 deliveries during the chase but there was precious little support from elsewhere as Melbourne bowlers kept getting wickets at regular intervals.