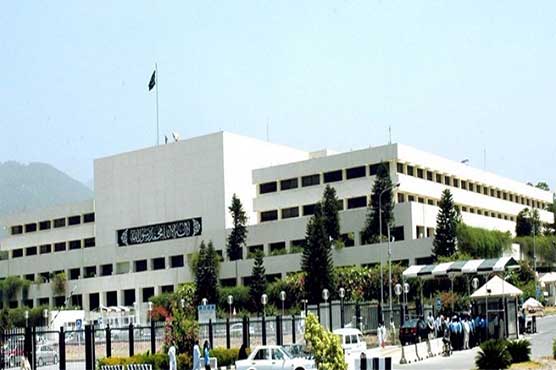 Pakistan Peoples Party (PPP) Chairman Bilawal Bhutto Zardari, who is also the committee’s chairman, did not attend the committee’s meeting which was presided over by PPP leader Shazia Marri.

Zainab Alert, Response and Recovery Act, 2019 was earlier passed by the NA committee in October this year but following certain observations of the Law and Justice Ministry regarding the technical modalities of the bill, its draft was amended and again considered by the NA panel.

Named after Zainab, a seven-year old child from Kasur, who was abducted, raped and murdered in January 2018, the bill seeks to “enact special laws to provide a speedy system of alerts, responses, recoveries, investigations, trials and rehabilitation to prevent and curb criminal activities against the children in ICT; and – to ensure harmonization and cohesion in the workings of the new agencies and institutions established for the protection of children and already existing mechanisms within this field.”

Meanwhile, the committee also passed another government bill; ICT Rights of Persons with Disability Bill, 2018 which aims to take steps to facilitate the persons with disabilities in the jurisdiction of ICT. The bill proposes “legal and institutional framework for an inclusive society where PWDs (persons with disabilities) have full participation in all forms of social life, particularly in health, education and employment.”

Moreover, the committee deferred the briefing of the Ministry of Foreign Affairs on severe human rights violations in Indian-occupied Kashmir (IoK), as well as, steps taken to highlight those before international forums / governments till its next meeting. The committee recommended that the detailed briefing on the steps taken by the federal government to deal with the human rights violations in IoK be submitted within seven days.