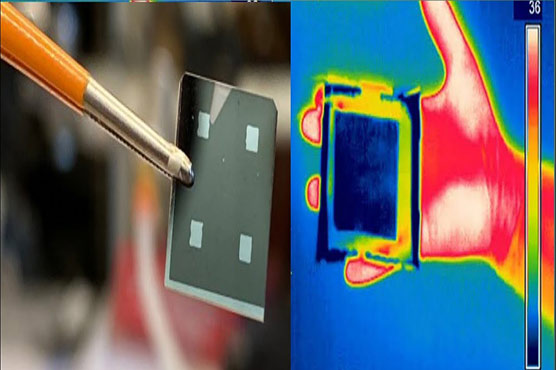 (Web Desk) – A unique material that appears to decouple an object’s temperature from the amount of thermal radiation it produces could provide a new way of hiding from infrared cameras.

Thermal radiation is emitted by basically everything with a temperature above absolute zero, and the hotter things get, generally speaking, the brighter they glow in wavelengths of light.

However, a new discovery presents a surprising exception to these enduring principles of physics, thanks to the strange properties of a quantum material called samarium nickel oxide.

In new research, scientists found that samarium nickel oxide bucks the thermal trend exhibited by nearly all solid matter, in that it doesn’t necessarily glow brighter just because it’s heated up.

“Typically, when you heat or cool a material, the electrical resistance changes slowly,” explains materials engineer Shriram Ramanathan from the Purdue University.

“But for samarium nickel oxide, resistance changes in an unconventional manner from an insulating to a conducting state, which keeps its thermal light emission properties nearly the same for a certain temperature range.”

Since infrared cameras work on the principle of detecting thermal radiation, a material like this that can mask an object’s heat signature could go some way to camouflaging the object, effectively making it invisible in terms of heat.

The new study hasn’t gotten us quite there yet, but the researchers say that what they’re learning about samarium nickel oxide could get us to that point one day, in addition to figuring out other ways of manipulating thermal signatures to increase object visibility too, not just reduce it.

“We demonstrate a coating that emits the same amount of thermal radiation irrespective of temperature, within a temperature range of about 30°C,” the team writes in new paper.

“This is the first time that temperature-independent thermal radiation has been demonstrated, and has substantial implications for infrared camouflage, privacy shielding, and radiative heat transfer.” 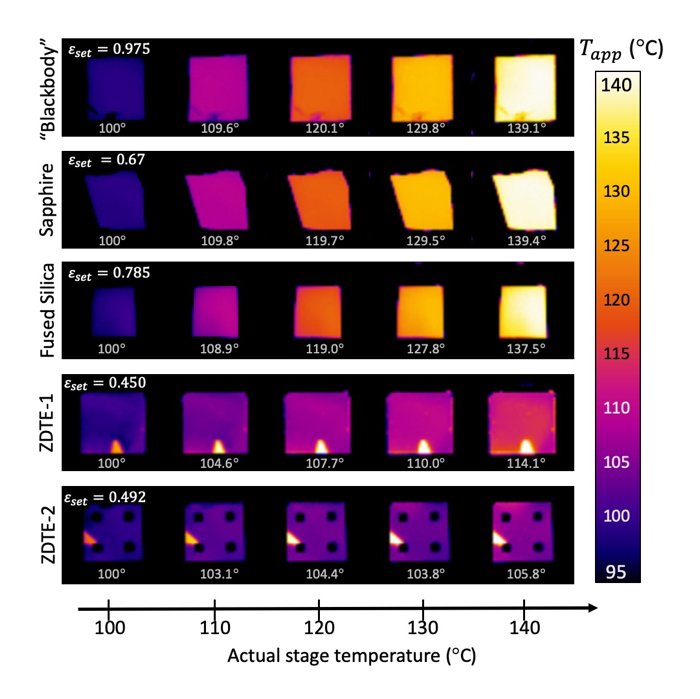 In experiments, the researchers heated a number of sample materials to temperatures between 100 to 140°C, and measured their thermal radiation in long-wave infrared.

Wafers composed of sapphire, fused silica, and a carbon nanotube forest all showed significant differences in their thermal emissions as they were heated to higher temperatures, but wafers coated with a film of the samarium nickel oxide material basically remained unchanged regardless of the increase in heat.

In the image above the samarium nickel oxide tests are marked as ZDTE, short for zero-differential thermal emitters (ZDTE): materials that can break down the conventional one-to-one mapping between an object’s temperature and its thermally emitted power.

As the image shows, samarium nickel oxide largely succeeds as a ZDTE in that limited temperature range. Note that the little bright flecks in the ZDTE rows show portions of the sapphire wafer not coated in the quantum material, as a means of illustrating the thermal emission contrast between the treated and non-treated wafer.

There’s a lot more work to be done before we can realistically exploit this to stealthily sneak undetected past infrared cameras, but as the research team points out, the possibilities are massive.

“The ability to decouple temperature and thermal radiation with our simple design enables new approaches to conceal heat signatures over large areas, for example for wearable personal privacy technologies, and also has implications for thermal management in space,” the authors write.

The findings are reported in PNAS.