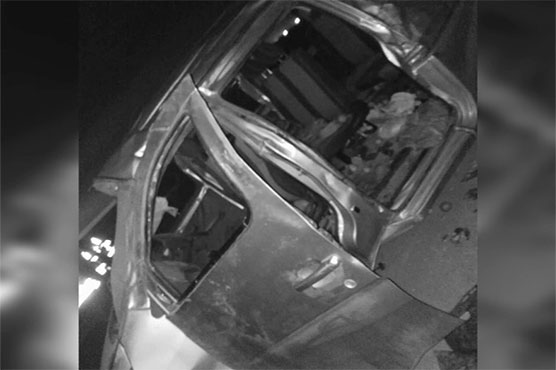 ZAHIR PIR (City News) – One person was killed and seven other were wounded when a van fell into a ravine near Zahir Pir, a town near Rahim Yar Khan in Punjab province, in the wee hours of Saturday, Dunya News reported.

According to details, the accident occurred on Motorway M5 when the driver the driver of the van fell asleep and lost the control of the vehicle. One person died on the spot and seven other were wounded.

Rescue teams reached the spot and shifted the dead injured to hospital. According to rescue sources, three of the injured persons were in critical condition.