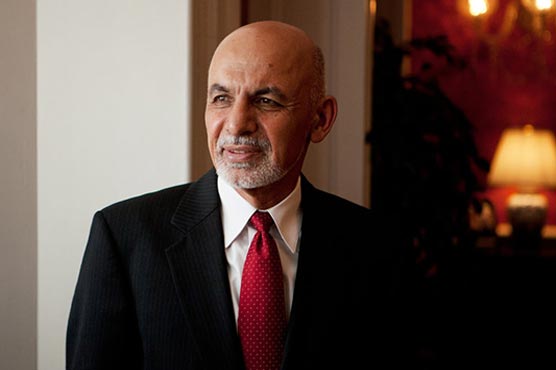 KABUL (AFP) – Afghanistan’s President Ashraf Ghani was on track to win a second term Sunday, after election officials announced he had scored a majority in the presidential polls.

But despite Ghani’s apparent clean win, the fallout from the bitterly contested September 28 election looked set to continue, with top rival Chief Executive Abdullah Abdullah saying he would contest the result.

According to the Independent Election Commission, Ghani won 50.64 percent of the vote in the September 28 poll, easily besting Abdullah, who scored 39.52 percent.

Candidates now have the right to file any complaints they may have before final results are announced, probably within a few weeks.

As soon as the result was announced, Abdullah’s office said in a statement he would contest it.

“We would like to make it clear once again to our people, supporters, election commission and our international allies that our team will not accept the result of this fraudulent vote unless our legitimate demands are addressed,” the statement read.

Preliminary results were originally due October 19 but were repeatedly delayed amid technical issues and allegations of fraud from various candidates, particularly Abdullah.

“We respected every single vote because we wanted democracy to endure.”

The protracted limbo between the vote and the preliminary result heaped additional uncertainty on Afghans who already are anxiously awaiting the outcome of talks between the US and the Taliban.

The election was meant to be the cleanest yet in Afghanistan’s young democracy, with a German firm supplying biometric machines to stop people from voting more than once.

But nearly one million of the initial 2.7 million votes were purged owing to irregularities, meaning the election saw by far the lowest turnout of any Afghan poll