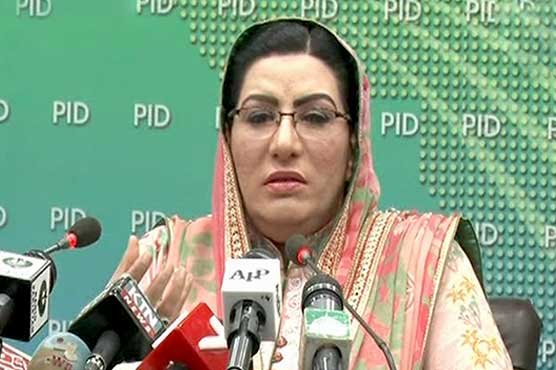 The SAPM talked to media in Sialkot and maintained that Bilawal’s father Asif Ali Zardari bade farewell to Pervez Musharraf on red carpet and could not trace the assassins of his mother, Benazir Bhutto.

Firdous Ashiq Awan asked why the PPP chairman is afraid to respond to the anti-graft watchdog’s notice if he is clean.

She further added that it is beyond understanding that why Pakistan Muslim League-Nawaz (PML-N) vice-president Maryam Nawaz wants to leave Pakistan in such hurry. PML-N is trapped between two separate narratives of Nawaz Sharif and Shehbaz Sharif, she claimed.

The SAPM reiterated that Prime Minister Imran Khan and government are standing with Pakistan Army which has always defeated India at every front. Protests are now being carried out against PM Narendra Modi across India, she remarked.

Let it be known that the NAB has summoned Bilawal Bhutto on December 24 in fake accounts case pertaining to Opal-225 – a joint venture of Zardari Group Ltd. Bilawal Bhutto and Asif Ali Zardari became the shareholders of the company in 2009.