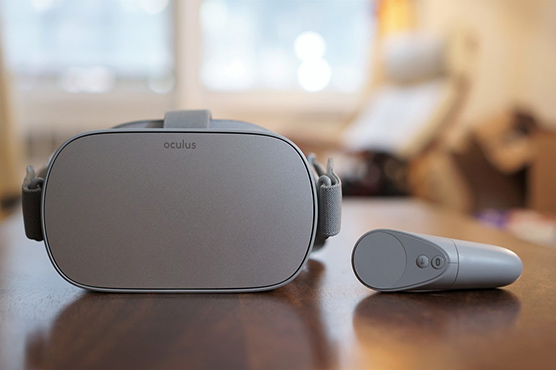 (Web Desk) – Facebook is in the talks again as its working on making a new operating system for its own platform to reduce the reliance of the company on the Google’s Android operating system (OS).

According to the reports by The Information, Facebook is currently looking for some new ways to build its very own operating system so that the company doesn’t have to rely on Android OS for its functionality.

This new development program will be led by Microsoft veteran Mark Locuvsky along with Windows NT operating system.

The reports by The Information give a very limited insight into the usage of this new operating system for now.

Both Facebook’s portal and Oculus devices are currently running on modified versions of Android but it’s possible that the future hardware sets of Facebook will be running on its own operating system which can reduce the involvement of Google over Facebook’s hardware.

According to the Facebook’s head of hardware, the marketplace or the competitors shouldn’t be trusted and the social media platform is attempting to make the next generation space for themselves and that’s why they’re going to do everything themselves instead of relying on external software associated companies.

According to some reports, with the workings on Oculus and Portal devices, Facebook is also currently in the talk due to its working on augmented reality glasses. Facebook is also working on some new brain control interface for its VR glasses which can enable the users to control the glasses with their thoughts.

According to Bosworth, this augmented reality glasses codenamed ‘Orion’ is expected to be launched as early as in 2023 and this is pretty much the same year Apple is expected to launch its own pair of AR glasses.

According to the insight provided by the reports, Facebook is expected to take a similar approach with Apple’s hardware in the future as well along with developing its own OS.

The Information confirms the reports from Bloomberg and the Financial Times regarding the working of Facebook on its own customized chip hardware alongside with the voice assistant.

If you take a look at the last attempt by Facebook for producing its own OS, it didn’t go so well and the result pretty much displayed a forked version of Android that was used on HTC- produced phone back in 2013.

Facebook is trying to take control of all of its hardware and software so that it doesn’t need to rely on any external company for sources.

Well, for instance, this is really good approach to be in control of your everything but the flooding of phone with social feeds from Facebook was pretty unpopular back then and now after being involved in so many privacy-violating scandals

Facebook need to bring up its game so that people can really trust the platform to give its software another shot.

We’ve taken the focus away from our bodies: scientist crowned Miss America