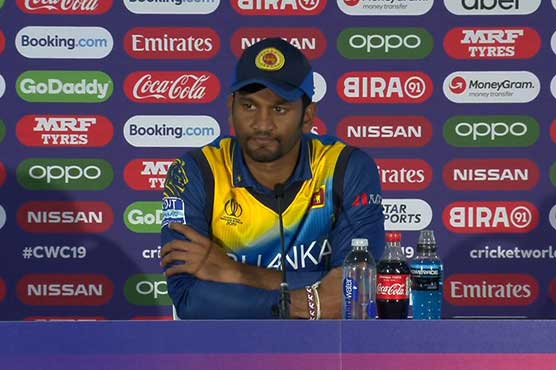 (Web Desk) – Sri Lanka might have lost the Test series in Pakistan by 1-0 but when they were here, they were given extra care and production and security measures in Pakistan’s first home Test series in a decade. Earlier, big teams refused to tour Pakistan since Sri Lanka team bus attack in 2009. However, after a decade, Test cricket has finally returned to Pakistan at the best scene.

Talking to the post-series media conference, the Sri Lankan skipper Dimuth Karunaratne labelled security for the two-Test series “200 per cent” and also promised to come back again in the future. This word of assurance is what other teams expect and it is likely that all other teams would soon travel to Pakistan in the near future.

“When we were going out to eat or something, they were there. We were feeling secure and safe here. They’ve done a really good job. Pakistan fans are really good – they kept supporting us… What I can say is that it’s really safe here and that all the other countries playing cricket – they can come and playtests, T20s or one-dayers – it’s safe to play in Pakistan.” Karunaratne added.

It was a relaxed tour for Sri Lankan cricket team players as they all went to the shopping mall and restaurant both in Rawalpindi and Karachi during the day and night. Sri Lankan players who dearly missed the previous series of Pakistan in September-October 2019 expressed their regret for not coming here.

“I really regret, I should have had come then and played,” Sri Lanka captain Karunaratne had told on the eve of the second Test.

For now, the PCB chairman Ehsan Mani said that Pakistan will play all the host series in Pakistan soil meaning that there won’t be any need for them to look for alternative venues in the future anymore. “All of Pakistan’s matches, against Bangladesh or anyone else, will take place in Pakistan. No one should be in any doubt about this,” the chairman said.