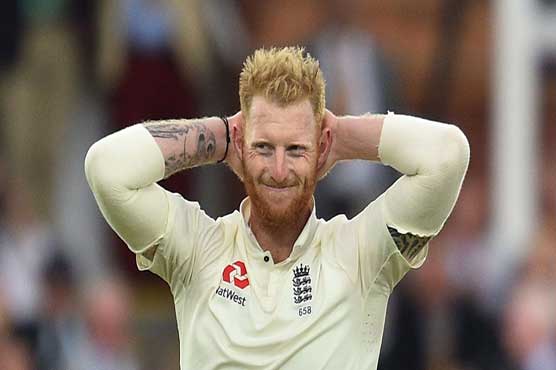 CENTURION (AFP) – England will have to make “a very late call” on their playing XI for the first Test against South Africa, starting at Centurion on Thursday, captain Joe Root said on Tuesday.

With all-rounder Ben Stokes at the bedside of his critically ill father and Chris Woakes the latest victim of illness that has swept through the touring squad, Root admitted that the build-up to the four-match World Test Championship series had been “frustrating”.

But Root said he was confident that England could field “a very competitive team” even if some leading players were not available.

Stokes father Ged was admitted to hospital in nearby Johannesburg on Monday with what an England statement said was a “serious illness”.

Fellow all-rounder Woakes did not train on Tuesday because of illness, but Root said the recovering Stuart Broad, Jofra Archer and Jack Leach were making good progress. “We will have to keep them monitored over the next couple of days and see how things go.”

Root did not speculate on the chances of Stokes being able to play.

“It puts things in perspective,” he said. “We need to play good hard cricket and win this series but most important for us as a squad is we need to make sure that Ben and his family get all the support they need.”

The England captain added: “It s been quite frustrating in many ways but we have to handle it and get on with it and make sure the guys who are selected are ready to go.

“We ve got some very competitive players who are desperate to prove themselves. If they get an opportunity they will want to come out and put in a performance for England. We re going to have to make a very late call on our team.”

While England appeared to have several selection headaches, South African captain Faf du Plessis said the only uncertainty in his team concerned the composition of the bowling attack, which would be decided on the morning of the match after a look at the pitch.

Du Plessis confirmed that Rassie van der Dussen would make his Test debut, batting at number five behind Zubayr Hamza at three and himself at four. He indicated that all-rounder Dwaine Pretorius would also win a first cap, batting at number seven.

The South African captain enthused about the value that former international stars Mark Boucher and Jacques Kallis brought to his team – but warned that good preparation would mean “nothing” if it was not backed up by performances.

“We will get measured on the way that we play,” he said. “We ve done the right things this week as a team and now it s about going out there and putting in performances on the field.”

Du Plessis said the influence of head coach Boucher and batting consultant Kallis had been like a breath of fresh air. “There s a real energy in the squad, a real positive feel to what we ve been doing, how we have been training in the last week and the information that s been spoken about.”

Du Plessis said that although he was now a highly-experienced international player, the “wisdom” that had come into the team set-up had helped him as well.

“You almost ask, why have these guys not been here for the last 10 years,” he said. “It s so important to have guys like that in a dressing room. If you look around at international cricket, other teams have got that. You look at the Australian team, you look at (Justin) Langer, (Ricky) Ponting, (Steve) Waugh.”

Du Plessis paid tribute to opening bowler Vernon Philander, who announced on Monday that he would retire from international cricket after the series.

“Vern has been the leader of the attack for a long time in all conditions, especially in South Africa,” said Du Plessis.

“He s a huge weapon for us. I think this series is going to be a big one for him. He looks very, very motivated, full of energy. He wants to leave this team with a big performance.”