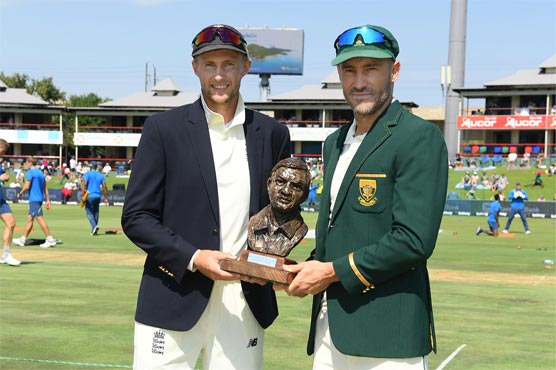 PRETORIA (Reuters) – England captain Joe Root won the toss and elected to bowl in the first test against South Africa at Centurion Park in Pretoria on Boxing Day.

England all-rounder Ben Stokes has been selected to play after having been a doubt when his father Ged fell seriously ill in Johannesburg on Monday, but the latter is out of intensive care and showing signs of improvement.

A flu bug that has swept through the England camp in the build-up to the test has ruled seamer Chris Woakes, middle order batsman Ollie Pope and left-arm spinner Jack Leach out of contention.

But seamers Jofra Archer and Stuart Broad recovered sufficiently from flu to take their place in the side in what is an all-seam attack that also includes the returning James Anderson, who will win his 150th test cap.

Aiden Markram has recovered sufficiently from a hand injury to open the batting, while number three Zubayr Hamza and fast bowler Anrich Nortje have just two test appearances each in what is a new-look line-up.

The Thursday match is a first in charge for new South Africa head coach Mark Boucher, and a maiden game for the team under director of cricket Graeme Smith.