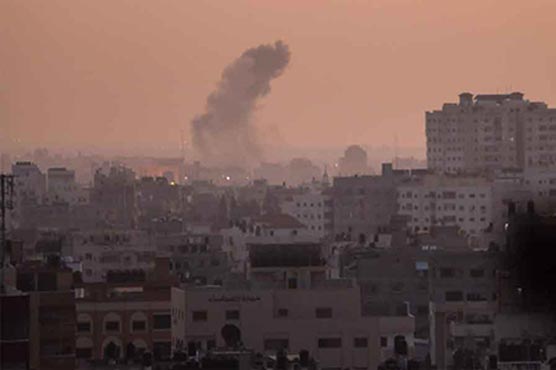 “Planes and helicopters hit several Hamas targets in the Gaza Strip. Military posts were among the targets,” the Israeli army said in a statement.

The army had said “a projectile was fired from the Gaza Strip towards Israeli territory and was intercepted by the Iron Dome defence system”.

Since 2008, Israel has waged three wars against Hamas and its armed allies in Gaza, where two million Palestinians live amid violence, poverty and a 10-year Israeli blockade.