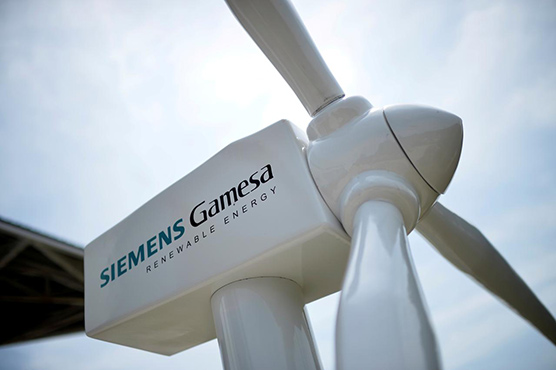 (Web Desk) – Things are pretty dire right now. Giant swaths of my country are burning as I write this, at a scale unlike anything we’ve ever seen. Countless animals, including koalas, are perishing along with our life-supporting greenery. People are losing homes and loved ones.

These catastrophes are being replicated around the globe ever more frequently, and we know exactly what is exacerbating them. We know we need to rapidly make some drastic changes – and Stanford researchers have come up with a plan.

Using the latest data available, they have outlined how 143 countries around the world can switch to 100 percent clean energy by the year 2050.

This plan could not only contribute towards stabilising our dangerously increasing global temperatures, but also reduce the 7 million deaths caused by pollution every year and create millions more jobs than keeping our current systems.

The plan would require a hefty investment of around US $73 trillion. But the researchers’ calculations show the jobs and savings it would earn would pay this back in as little as seven years.

“Based on previous calculations we have performed, we believe this will avoid 1.5 degree global warming,” environmental engineer and lead author Mark Jacobson told ScienceAlert.

“The timeline is more aggressive than any IPCC scenario – we concluded in 2009 that a 100 percent transition by 2030 was technically and economically possible – but for social and political reasons, a 2050 date is more practical.”

Here’s how it would work. The plan involves transitioning all our energy sectors, including electricity, transport, industry, agriculture, fishing, forestry and the military to work entirely with renewable energy.

Jacobson believes we have 95 percent of the technology we need already, with only solutions for long distance and ocean travel still to be commercialised.

“By electrifying everything with clean, renewable energy, we reduce power demand by about 57 percent,” Jacobson explained.

He and colleagues show it is possible to meet demand and maintain stable electricity grids using only wind, water, solar and storage, across all 143 countries.

These technologies are already available, reliable and respond much faster than natural gas, so they are already cheaper.

There’s also no need for nuclear which takes 10-19 years between planning and operation, biofuels that cause more air pollution, or the invention of new technologies.

“‘Clean coal’ just doesn’t exist and never will,” Jacobson says, “because the technology does not work and only increases mining and emissions of air pollutants while reducing little carbon, and their is no guarantee at all the carbon that is captured will stay captured.”

The team found that electrifying all energy sectors makes the demand for energy more flexible and the combination of renewable energy and storage is better suited to meet this flexibility than our current system.

This plan “creates 28.6 million more full-time jobs in the long term than business as usual and only needs approximately 0.17 percent and approximately 0.48 percent land for new footprint and distance respectively,” the researchers write in their report.

With plans this big there are plenty of uncertainties, and some inconsistencies between databases. The team takes these into account by modelling several scenarios with different levels of costs and climate damage.

“You’re probably not going to predict exactly what’s going to happen,” said Jacobson. “But there are many solutions and many scenarios that could work.”

Technology writer Michael Barnard believes the study’s estimates are quite conservative – skewing towards the more expensive technologies and scenarios.

“Storage is a solved problem,” he writes for CleanTechnica. “Even the most expensive and conservative projections as used by Jacobson are much, much cheaper than business as usual, and there are many more solutions in play.”

The authors of the report stress that while implementing such an energy transition, it is also crucial that we simultaneously tackle emissions coming from other sources like fertilisers and deforestation.

This proposal could earn push-back from industries and politicians that have the most to lose, especially those with a track record of throwing massive resources at delaying our progress towards a more sustainable future. Criticisms of the team’s previous work have already been linked back to these exact groups.

But “the costs of transitioning have dropped so low, transitions are occurring even in places without policies,” said Jacobson. “For example, in the US, 9 out of the 10 states with the most wind power installed are Republican-voting states with few or no policies promoting wind power.”

Over 60 countries have already passed laws to transition to 100 percent renewable electricity by between 2020 and 2050.

This guide can give them and other countries an example of how this can practically be done.

“There’s really no downside to making this transition,” Jacobson explained to Bloomberg. “Most people are afraid it will be too expensive. Hopefully this will allay some of those fears.”

So, multiple lines of evidence insist we have the technology, resources and knowledge to make this possible. The only question is, can enough of us put aside our fears and ideologies to make it happen?

“The biggest risk is that the plans are not implemented quickly enough,” Jacobson said. “I hope people will take these plans to their policymakers in their country to help solve these problems.”

The report has been published in the journal One Earth