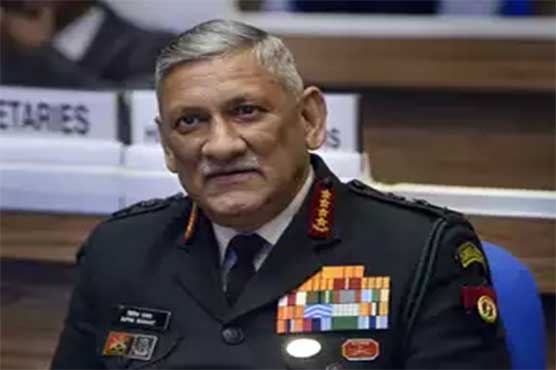 NEW DELHI (City News) – In a move seen as a further indication of the government’s intentions to appoint Gen. Bipin Rawat as India’s first Chief of Defence Staff, the Defence Ministry has amended rules of service and tenure in the Army Rules, 1954.

According to Indian media reports, the Indian government has changed the service rules of Army Act, 1950 and the age limit for retirement of army generals has also been increased to 65 years.

“After new amendment in Indian Army Act, General Bipin Rawat—the chief of army staff of Indian army, will become the first Chief of Defence in India.” However, the tenure of the CDS is yet to be announced.

The Cabinet Committee on Security (CCS) had on Dec 24 approved the creation of the post of CDS who will act as the principal military adviser to the Defence Minister on matters pertaining to tri-services.

Army Chief Gen Bipin Rawat is tipped to be India’s first CDS and the announcement is likely to be made before Dec 31, the day he retires. Although Gen Rawat is yet to attain the age of 62, he will demit office on completion of his set tenure of three years.

According to some media reports, at least five names are on the government’s table for consideration, and the file has not been signed as yet, but Gen Rawat is said to be the front runner for the post.

General Rawat has been the blue-eyed boy of the Narendra Modi government that went out of its way and superseded two Lt Generals senior to him — Lt Gen Praveen Bakshi and Lt Gen Pattiarimal Mohamadali Hariz — in appointing Rawat the Army chief in December 2016.

Gen Rawat has often courted controversy through his statements on India’s foreign policy to internal politics, the latest being his criticism of students and youth protesting against the contentious Citizenship Amendment Act (CAA).

A key mandate of the CDS will be to facilitate restructuring of military commands for optimal utilisation of resources by bringing about jointness in operations, including through establishment of theatre commands.

The Chief of Defence Staff will serve as the secretary of the Department of Military Affairs (DMA) in the Defence Ministry. The CDS will also act as the permanent chairman of the Chiefs of Staff Committee (CoSC) that comprises chiefs of the Army, the Navy and the Air Force. The senior-most member is appointed its chairperson.