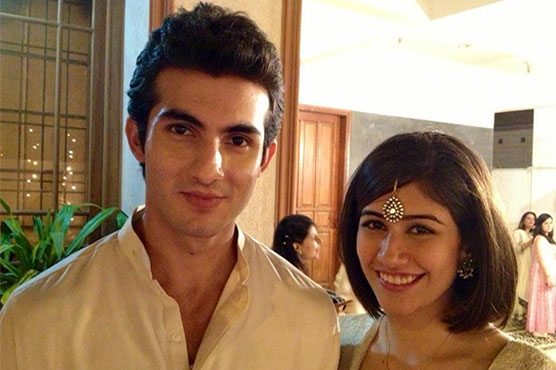 Shahroz took to Instagram and clarified that a fake news is circulating on social media about his divorce with Syra Yousaf with erroneous reasons such as an extra marital affair with Sadaf Kanwal. He added that the people have bashed him and Sadaf without confirming anything. “Did anyone talk to me or Syra, or even our families or friends about it?” he asked, adding that they also dragged that person [Sadaf] in it which has nothing to with it. “My family’s respect is being dragged on the streets without our consent”.

Shahroz confirmed that he and Syra have separated for six months now but have not actually divorced each other. “Whatever happened or going on between Syra and I, it is a personal matter”, he asserted. He added that they both separated owing to different ideologies, and took a decision to give each other space so they do not deteriorate their relation anymore.

While talking about Sadaf Kanwal, Shahroz said that he met Sadaf a month ago only for a work purpose, and they are nothing more than just friends. He emphasized that if he or Sadaf danced, or took a project together, does not mean that have something going on between them. He further said that all of those, who are criticizing him and Sadaf online, if even confirmed the news from that very person [Syra] for whom they are rooting for.

He said: “Being a man and a human, it is my responsibility to defend the respect of a person who is facing backlash after getting linked to my matter.

“I do not want people to talk about either Syra or Sadaf. Syra is my wife and respect.

“It is a sin to level baseless allegations against anyone without even confirming the news. I expect everyone, including all the publicatios who spread the rumors, to apologize to us on this matter”

Shahroz expressed that he and his wife took a mature decision six months ago to see if their relation could work but the online jury has maligned their mature decision by lambasting their life. He conlcuded his video statement saying that he is only answerable to Allah, his God is with him.

Fahad Mustafa gets some shocking replies over his TikTok advice