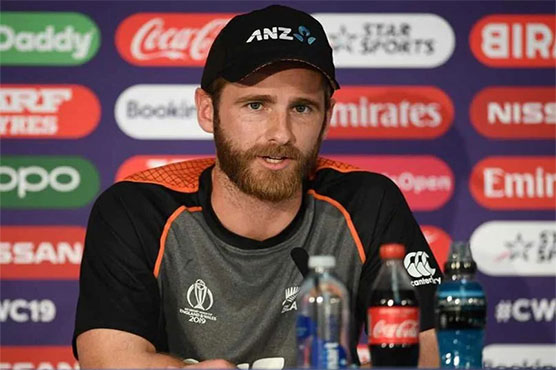 MELBOURNE (AFP) – New Zealand captain Kane Williamson said his team need to mirror the fighting spirit of century-maker Tom Blundell if they are to bounce back from their second-Test thrashing by Australia.

Opener Blundell was the last man out in Melbourne after compiling a battling 121 as team-mates threw their wickets away in the improbable 488-run chase to save the match.

Williamson called it a “magnificent” innings.

“Obviously it was hard work out there, the task was immense. But you look at some small positives… that was a truly fantastic innings,” he said after the 247-run defeat — their second Test loss inside four days.

“He led the way and it is important that we all take something from that.

“The effort from the bowlers throughout was something that is inspiring to us as a team, that never-give-up attitude.

“But at the same time if we are looking for areas to improve there are a few of them. We do need to try and put Australia under a bit more pressure before their first innings total gets past that point of control.”

Australia took the game away from New Zealand on day one after Williamson won the toss and took a gamble by putting them in to bat.

It turned out to be a poor decision, but he insisted it was a reasonable one at the time.

“I felt like there was enough in the surface to bowl first and it was obviously very important for us to be on top of our game and the surface did offer some sideways movement and swing,” he said.

“But credit to Australia for getting through that first session and put 400 on the board.”

Williamson s team must now regroup quickly with the third and final Test in Sydney later this week. The series has been lost and they will be playing for pride only.

“We haven t been at our best, but it is important that we try and learn really quickly and improve in all areas.”