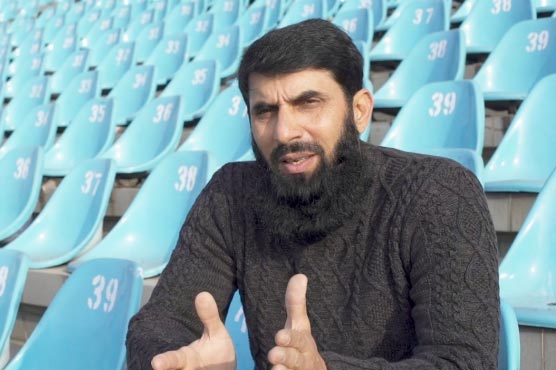 LAHORE (City News) – The year 2019 was a year of mixed on-field performances for the Pakistan national men’s team, the PCB reported.

They strengthened the claim of Karachi’s National Stadium being the national side’s fortress in Test cricket with a win against Sri Lanka to register their first World Test Championship win, but struggled on away tours failing to win in South Africa and Australia.

They won four consecutive group-stage contests in the ICC Cricket World Cup and fell just short of qualifying for the semi-finals on the basis of the net run-rate. They beat Sri Lanka 2-0 at home in their last ODI assignment, but defeats to Australia and England put a dent in their win/loss ratio.

Pakistan remained number one in T20Is throughout the year. They were beaten 2-1 by South Africa in an away series, which were followed by series losses to England, Sri Lanka and Australia.

The PCB appointed Misbah-ul-Haq as the chief selector and head coach after the ICC Cricket World Cup, in 2019.

Recapping the 2019, Misbah-ul-Haq said: “Pakistan ended 2019 on a high note with victory against Sri Lanka, but, overall, it was a tough year for Pakistan in Test cricket.

“In white-ball cricket our mainstays like Fakhar Zaman, Hasan Ali and Shadab Khan, on the back of whom we had won the ICC Champions Trophy 2017, lost form at a crucial time which saw us suffer in the ODI World Cup and T20I format. Though, we managed to stay number one in the format throughout the year. Overall, our win ratio in T20I cricket has fallen.

“Going further we have to improve a lot of things in both red-ball and white-ball cricket. This team has enough potential and new boys are also making their way in international cricket. There’s certainly a bright future ahead for us.

“The emergence of Babar Azam as a mega star across all formats is very good news for Pakistan cricket. He remained number one in T20I cricket and is in the top ten batsmen in the ODI cricket. He played some brilliant innings in the World Cup and ended the year by establishing himself as a Test batsman with scintillating performances in Australia and two centuries against Sri Lanka in Pakistan.

“Some of the new bowlers like Naseem Shah and Shaheen Afridi have arrived at the scene and they have been impressive in Test cricket.

“Naseem got five wickets in the last Test against Sri Lanka. Shaheen bowled well in the World Cup and he showed glimpses of being a Test bowler in South Africa, and bowled really well in Australia and here in Pakistan against Sri Lanka.

“We will hopefully bank on these two promising fast-bowlers in the future.

“Overall, we are on the right track. The more we play the longer format, the more we will improve. We need to do a lot of work in white-ball cricket ahead of the all-important ICC T20 World Cup next year.

“Retaining number one position in T20Is was a big positive for us. No doubt, we did not perform up to the set standards, but this is something we look to build on.

“Mohammad Rizwan performed very well for us in Australia, which was very good for us. Iftikhar Ahmed joined the team in the latter part of the year and the way he has put up performances in the T20I performances was certainly a plus for us.

“We can go a long way with a few more additions in the side and the present players maturing.”

(Reuters) – Emerging-market equities slipped on Tuesday as investors booked profits following recent gains, while currencies got a lift from a weaker dollar on the last day of trading this year. Demand for riskier assets has grown as trade tensions between the United States and China eased and uncertainty around Brexit declined. The MSCI’s index for emerging-market stocks is on track to end December with its biggest monthly rise in 11 months. The index was down 0.2% during the session. It has gained 15.6% in 2019. “While market volumes are predictably light, investors continue to strike a year-end cautionary tone as December optimism is gradually giving way to 2020’s uncertainty,” Stephen Innes, the chief Asia market strategist at AxiTrader, wrote in a note. MSCI’s index for emerging-market currencies rose 0.2% on the day, as lower demand for safe-haven investments kept the dollar in check. The index is on track to gain for a fifth straight session. South Africa’s rand rose, holding on to gains from previous sessions triggered by a global investor hunt for high yields, and was one of the outperformers. The rand has gained about 5% since mid-December, despite a raft of data releases showing a weak economy and nationwide blackouts by state power company Eskom, with investors willing to overlook the negatives and pocket the high yield. Turkey’s lira traded in a range against the dollar. Data showed Turkey’s foreign trade deficit leapt 232.2% year-on-year in November to $2.234 billion.