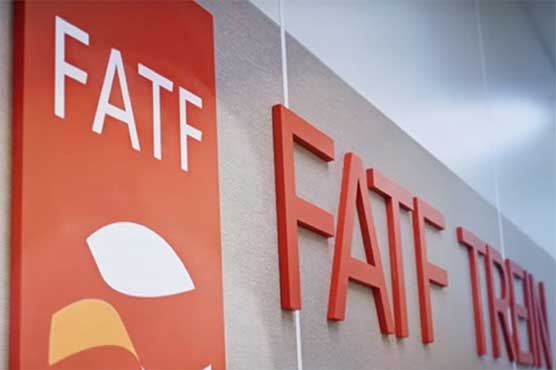 ISLAMABAD (City News) – As the deadline given to Pakistan by the Paris-based Financial Action Task Force (FATF) expires by February 2020 to swiftly complete its full action plan for exiting the “grey list” approaches, the government has planned to devise strict measures for curbing currency smuggling.

Federal Bureau of Revenue (FBR) sources familiar with the matter told the media on Tuesday that the measures would initially be implemented in a form of an ordinance, and it will be formulated in the budget.

The purpose of the law will be to curb currency smuggling through cash couriers as it is one of the requirements of the FATF.

Sources pointed out that the needed law could not be brought to the parliament to achieve the FATF’s target in such a short time, and hence “the Anti-Money Laundering Ordinance” is likely to be brought before January 8, 2020.

Importantly, the government is required to respond to the FATF’s 150 comments and clarifications in all sectors which were sent to Pakistan by the global watchdog’s regional affiliate, the Asia Pacific Group, while responding to the country’s progress report in delivering its commitments to curb terror financing and money laundering.

Pakistan has also been asked to respond to measures taken to prevent currency smuggling in the FATF’s 150 comments and clarifications.

In the latest FATF review held in October, it was found that while Pakistan has made significant improvements, it will have to take “extra measures” for “complete” elimination of terror financing and money laundering. A reprieve until February 2020 has been given until when Pakistan will remain on the task force’s “grey list”.

In October, Pakistan escaped the FATF’s blacklist but got a warning and a four-month lifeline while the watchdog reviewed measures taken and progress made by almost 15 countries, including Pakistan, vis-a-vis anti-money laundering and combating financing of terrorism (AML/CFT). At the end of the meeting, three countries — Iceland, Mongolia and Zimbabwe — were added to the grey list, while Sri Lanka, Tunisia and Ethiopia were removed from the list as they have adequately complied with the FATF recommendations.

In the case of Pakistan, the global watchdog warned of “action” if significant and sustainable progress is not made across the full range of action plan by the next plenary scheduled for February 2020, a statement issued by the FATF had said.

The action, it had added, could include the FATF calling on its members and urging all jurisdictions to advise their financial institutions to give special attention to business relations and transactions with Pakistan.

“To date, Pakistan has only largely addressed five of 27 action items, with varying levels of progress made on the rest of the action plan,” the note further had said.

While noting recent improvements, the FATF again expressed serious concerns with the overall lack of progress by Pakistan to address its TF (terror financing) risks, including remaining deficiencies in demonstrating a sufficient understanding of Pakistan’s transnational TF risks, and more broadly, the country’s failure to complete its action plan in line with the agreed timelines and in the light of TF risks emanating from the jurisdiction.

The FATF places those countries on its grey list which are not taking measures to combat terror funding and money laundering. Placement on the grey list is a warning for a country that it may be put on the blacklist in case of its failure to take effective measures against money laundering and terror financing.

In 2012, Pakistan was placed on the grey list and remained till 2015. The country was put on the list again on June 29, 2018. Pakistan was given 15 months for implementation of the 27-point action plan, with a warning that in case of failure the country would be added to the blacklist — a list of the countries branded as uncooperative and tax havens for terror funding.

Quarterly assessments by the FATF of Pakistan’s progress continued over the course of the year 2019. Currently, only Iran and North Korea are on the blacklist.

The FATF is an intergovernmental organisation founded in 1989 on the initiative of the G7 to develop policies for combating money laundering. In 2001 its mandate was expanded to include terrorism financing. It monitors progress in implementing the FATF recommendations through mutual evaluations of member countries.