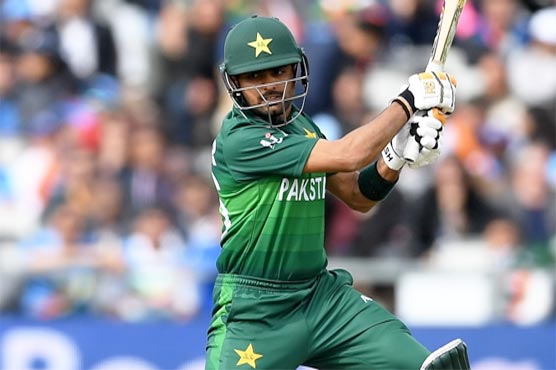 KARACHI (City News) – The year 2019 was a prolific one for batting sensation Babar Azam. The right-handed middle-order batsman stamped his authority on the international circuit across the three formats with some scintillating display of stroke-play that left the fans in awe across the cricketing world, said an official press release by the PCB.

Be it the bouncy tracks of South Africa and Australia, the high-octane ICC Cricket World Cup 2019 matches, Twenty20 Internationals or the emotions of the return of Test cricket to Pakistan, Babar left an indelible mark with his class, charisma, style, elegance, temperament and powers of concentration.

In six Tests, Babar scored 616 runs at 68.44 at a hugely impressive strike-rate of 72.30 with the help of three centuries and three half-centuries.

It is no surprise that Babar is the only cricketer in the ICC Player Rankings to feature in the top-six across the three formats – No.6 in Tests, No.3 in ODIs and No.1 in T20Is.

Looking back at 2019, Babar Azam said: “It was a great year for me. I learned a lot this year especially how to perform in all conditions. I used to score runs earlier but sometimes I wasn’t able to give match-winning performances. I tried to improve on that aspect learned how to bat and win games under pressure, which was a big learning curve for me.

“This year, I played my first 50-over World Cup. It was a big occasion and I really enjoyed the event [Babar scored a Pakistan record 474 runs in the tournament at 67.71]. As a kid, I used to follow World Cups very keenly on television. When I got selected for the big event, I set a goal of doing something big and different.

“Being the top batsman in my team was always a target for me. The World Cup gave me an opportunity of getting recognised at the highest level, which gave me real satisfaction. My innings against New Zealand (101*, 127b, 11×4) was my best in the tournament and it taught me a great deal of how to bat and bail the team out in a pressure situation.

“Test cricket was also quite rewarding for me this year. For the past two years, I wasn’t quite living up to my own and cricket fans’ expectations in the longest format. This year, I worked on improving the mistakes I made in the format and was able to overcome some of them which helped me make some runs. The more you play the longer format, the more you understand the nuances of the game and find your way.

“When you score in places like South Africa, Australia and New Zealand against formidable bowling attacks, you get self-belief and confidence. I rate the century against Australia as my best innings of the year in Test format.

“Playing in front of home crowd was a special feeling. I am thankful to the Almighty that I succeeded in achieving my goal of scoring and winning a Test against Sri Lanka.

“I really enjoyed batting in front of home crowds. When fans take your name and you hear slogans in the stands, your confidence increases 200 per cent. It is an inexplicable feeling. I don’t feel undue pressure in these situations, it, in fact, increases my focus and determination thinking that these fans want me to do really well and I must make them happy.

“Your responsibility increases 200 per cent each time you perform, consistency is the key and that is what I seek. One has to perform in each and every series and plan accordingly keeping in mind the opposition.

“It is a big honour that I got T20I captaincy this year, it makes me really proud. In Australia though we were not able to perform up to expectations, the team will rebuild gradually and I am quite hopeful that we will do well in the ICC T20 World Cup in 2020.”