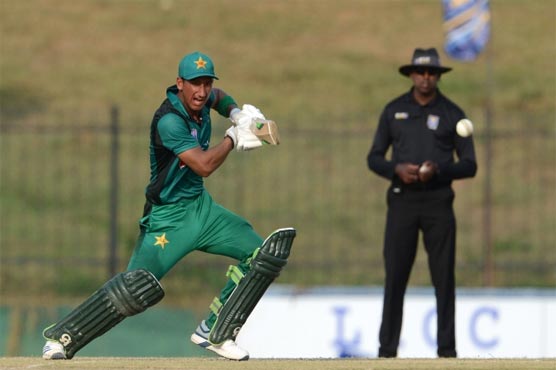 LAHORE (City News) – The year 2019 was another impressive year for Pakistan U19, said an official press release by the PCB.

They played two bilateral limited-overs away series against Sri Lanka and South Africa and participated in the eight-nation ACC U19 Asia Cup held in September in Sri Lanka.

The Rohail Nazir-led side won the five-match 50-0ver series against Sri Lanka 3-2 which took place from 26 May to 5 June 2019 before completing a whitewash over South Africa in the seven-match series held from 22 June to 7 July 2019.

In the ACC U19 Asia Cup in September, Pakistan couldn’t progress to the semi-final. But later that month, Pakistan U19 captain Rohail and opener Haider Ali played a crucial role in Pakistan’s successful ACC Emerging Asia Cup 2019 campaign in Bangladesh.

“The series against South Africa was important for us as the ICC U19 Cricket World Cup is scheduled to take place in South Africa and playing there before the mega event helped the players to understand the conditions there.

“The players had a poor start in the ACC U19 Asia Cup 2019 where the team lost to Afghanistan in the opening match, and the morale of the players went down. Despite winning against Kuwait, the team couldn’t qualify for the semi-final stage of the tournament.

“Under head-coach Ijaz Ahmed, the team is in a position to give positive results, as Haider Ali and I had benefited a lot under his guidance while playing in the ACC Emerging Asia Cup.

“I am happy with own performance, where I performed consistently. Similarly Haider Ali, Naseem Shah and other players too have contributed in Pakistan U19 win in the year 2019.”