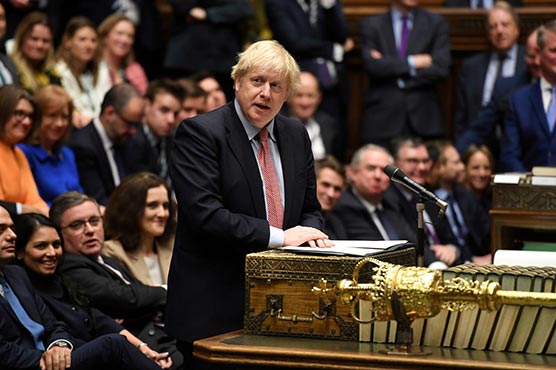 LONDON (Reuters) – Prime Minister Boris Johnson said he would bring his divided nation back together next year when Britain leaves the European Union, telling Britons they were set for a “fantastic year and a remarkable decade”.

Fresh from winning a large parliamentary majority in an election just over two weeks ago, Johnson said in a New Year’s message that his first job was to ensure Brexit was delivered, more than three years after Britain voted to leave the EU, and then to heal the wounds the vote had opened.

“As we say goodbye to 2019, we can also turn the page on the division, rancour and uncertainty which has dominated public life and held us back for far too long,” he said.

“Now we have a new parliament, elected by the people to deliver the people’s priorities, which will finally respect the referendum and deliver Brexit. So we’ll get Brexit done before the end of this month,” he added.

Johnson has already won initial approval for his EU divorce deal and the final stages of ratification will begin when lawmakers return after Christmas in time for a Jan. 31 exit.

He will then begin talks on forging a new trading relationship with the bloc, having said those negotiations would not be extended beyond the end of 2020.

With an eye on voters in northern and central England who broke their long tradition of backing the opposition Labour Party to support him in the election, Johnson also said the state-run NHS health service would be his top priority while vowing that extra funding for education and infrastructure would be spread “more fairly”.

“We will do all of this while keeping your taxes low,” he said.