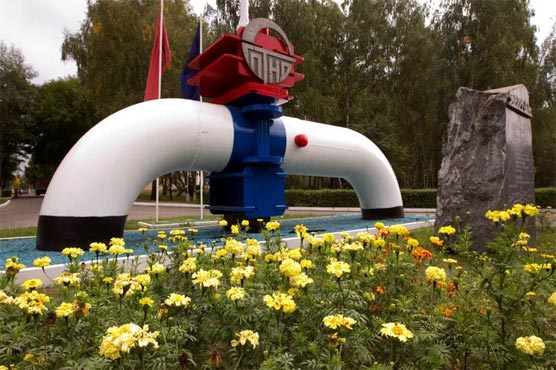 MOSCOW (Reuters) – A new dispute over oil could be brewing between Russia and Belarus as Russian suppliers divert large volumes of crude to domestic ports in lieu of a deal on 2020 deliveries between the two countries, according to six industry sources.

Moscow and Minsk have had several oil and gas rows over the past decade in what has been described as love-hate relationship between president Vladimir Putin and Alexander Lukashenko.

Belarus is an important transit route for Russian oil and gas to Western Europe. Disruption of supply to Belarus has therefore often resulted in reduced or halted deliveries to countries such as Germany and Poland.

As of Dec. 31, Moscow and Minsk are yet to agree on oil supply and transit terms for next year, the Kremlin said.

“We propose not to discuss such apocalyptic scenarios,” Putin’s spokesman Dmitry Peskov told a daily conference call about the possibility of suspension of Russian oil transit through neighboring Belarus.

On Monday, Belarusian news agency Belta reported that Moscow and Minsk may sign an interim agreement outlining conditions for Russian oil and gas supplies to Belarus if they miss the Dec. 31 deadline for signing a full contract.

Russia and Belarus disagree on various issues regarding oil supply in 2020, but primarily over price.

Russian oil companies avoided preparing documents for supplies to Belarus starting from Jan. 1 and have already diverted volumes to other destinations, two sources familiar with the matter said.

Lukashenko and Putin discussed Russian oil supplies by telephone, the Kremlin said on Tuesday. It did not provide any further details.

Then, Lukashenko held a meeting with his oil and gas officials and ordered them to agree on new oil supply contract with Russia within hours to ensure smooth supplies for the country’s two oil refineries, Belta reported, citing a statement by Belneftekhim state energy firm.

At the same time, Lukashenko instructed his officials to ensure supply of oil from alternative sources for the coming days – by rail from the Baltic ports and by the Druzhba pipeline, the news agency added.

Russia and Belarus have a long history of pre-New Year oil rows that have disrupted supplies to Belarus and Europe.

Moscow and Minsk are also negotiating the 2020 gas supplies on Tuesday, Russian gas giant Gazprom said in a separate statement.

Russian oil companies have to divert some 2 million tonnes of crude oil initially planned for Belarus to Russia’s sea ports and domestic market in January.

A couple of oil firms diverted supply from Belarus to their Russian refineries, the sources added.

Transneft and Russia’s Energy Ministry did not reply to Reuters requests for comment.

If supplies to Belarus remain suspended through January, Russian firms may add more cargoes to the loading plan after the New Year holidays. Moscow returns to work on Jan. 9.

For January 2020 Transneft has received confirmation from Belarus pipeline operator Gomel Transneft Druzhba that transit volumes will be supplied according to plan, two sources familiar with the talks told Reuters.

Trump says U.S.-China trade deal will be signed on Jan. 15