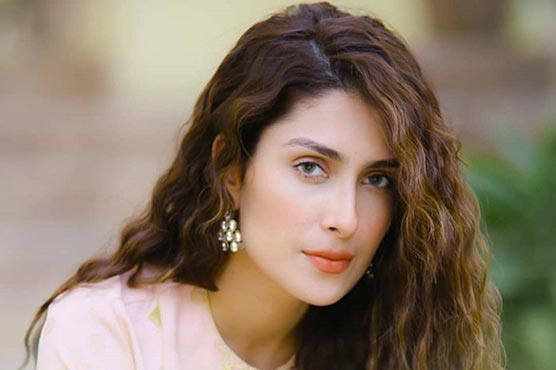 Ayeza Khan says unexpected miracles happened to her in 2019

Karachi, (ONLINE): Pakistani actress Ayeza Khan, who was recently embroiled in controversy for playing an infamous character in drama serial Mere Paas Tum Ho, has said that as a wife and as a mother and especially as an actress she has accomplished a lot in 2019.

She wrote: “I have accomplished a lot this year; As a wife, as a mother and especially as an actress. For all that, I thank Allah and only Allah.”

“Unexpected miracles happened this year in my favor. At times, it felt like I was helpless and was down but every time God helped get back up and always got me the best endings,” Ayeza who is playing controversial character of Mehwish in Mere Paas Tum Ho said.

“I don’t know what the next year will bring but because of Hajj, my faith in God has led me to believe that no matter what happens, the endings will always be in my favor. So thank Him and have faith even if you are in the most difficult time of your life. God never wants bad for you, and after every bad comes good.”

She went on to says “I am ready for the next year, the next decade.”