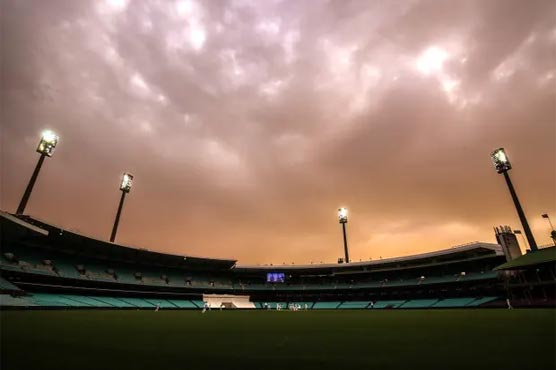 SYDNEY (AFP) – Australia and New Zealand cricketers will pay tribute to firefighters and bushfire victims during the third Test in Sydney, officials said Thursday, as they prepare for possible delays if air quality plummets due to smoke.

At least 18 people have lost their lives in one of Australia’s most devastating bushfire seasons which has seen blazes raging across the country, including on the outskirts of Sydney.

The match, starting Friday, will go ahead but play will be suspended at the umpire’s discretion, should smoke significantly affect air quality or visibility.

Saturday is shaping as of most concern, when another heatwave is expected to sweep across the country and create dangerous fire conditions.

“Like rain, the rules are in place to add time, to suspend play (for Tests). But what we’re finding is it (smoke) comes in quick but also goes quick,” Cricket Australia’s head of operations Peter Roach told cricket.com.au.

“It’s unlikely, we believe, it’ll be there for a full day.

“We might see some challenges across that day, but we’ll play it like rain or adverse weather. Time can be added on.”

Before play on Friday both sides will take part in a minute’s applause for fire and emergency services workers and wear black armbands as a mark of respect for those who have died.

Cricket Australia also announced a fundraising drive for the Australian Red Cross Disaster Relief and Recovery Fund during one-day matches between Australia and New Zealand in Sydney in March.

“On behalf of Australian cricket, we wish everyone fighting the fires across Australia a safe New Year,” Australia coach Justin Langer and captain Tim Paine said in a joint letter published in local media Thursday.

“We pray the conditions improve, the fires ease and the rains come. And, above all else, we hope all Australians pull together and help each other through this incredibly difficult time.”

The issue of smoke is a difficult one for cricket officials, who currently rely on a mix of air quality guidelines from the International Cricket Council, state governments and the Australian Institute of Sport.

But there are inconsistencies on what is considered “unsafe”.

A Big Bash League match in Canberra was abandoned this month because of toxic bushfire haze, but several have been played in Sydney since the season began two weeks ago.

Ayeza Khan says unexpected miracles happened to her in 2019